The group of evacuees had travelled to the Indian capital in three different flights, including a carrier plane. They were being ferried from Kabul via Doha. 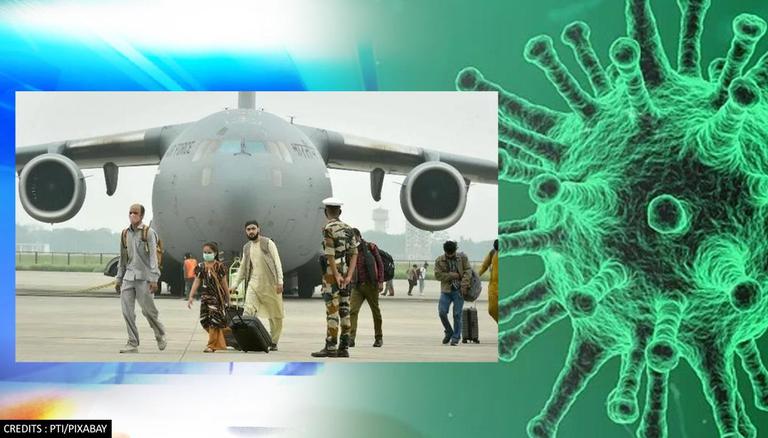 
Among the 146 passengers who reached India after being evacuated from Afghanistan via Doha, two were found positive with COVID-19. They had travelled to the Indian capital on Monday, August 23, in three different flights, including a carrier plane.

Sub Divisional Magistrate Rajendra Kumar affirmed that two from the lot after their arrival from Afghanistan had been found COVID positive. "They have been sent to LNJP Hospital," Kumar informed.

Following the second batch of 146 Indian nationals being bought back from Afghanistan, India now has evacuated nearly 400, including 329 of its nationals and Afghan nationals incorporating Sikhs and Hindus of Afghanistan in three different flights.
India has been authorised to run two flights per day from the Hamid Karzai International Airport in Kabul to evacuate its nationals stranded in the worn-torn country.

Permission has been granted by the United States and the North Atlantic Treaty Organization (NATO) forces, that have been controlling operations of the Hamid Karzai International Airport after the Afghan capital Kabul fell to the Taliban on August 15.

India is airlifting its citizens through Dushanbe in Tajikistan and Qatar. Meanwhile, on Sunday, another group of 168 people was airlifted from Kabul to Delhi. The contingent included 24 Afghan Sikhs and Hindus, two of whom were MPs in Afghanistan's now-fallen government. The Taliban seized control of Kabul on August 15 and within two days of the Kabul fall, India evacuated 200 people, including the Indian envoy and other staffers of its embassy in the Afghan capital. The first evacuation flight brought back over 40 people, mostly staffers at the Indian embassy, on August 16.

Meanwhile, Prime Minister Narendra Modi has chaired meetings of the Cabinet Committee on Security to review the evacuation process of the Indians and the steps taken to ensure the safety of Sikhs and Hindus stranded in Afghanistan. Additionally, the Government has also opened e-visas for all Afghan nationals, irrespective of their religion.