UP: No Permission For Muharram Processions In View Of COVID-19; DGP Releases Guidelines

The government said that action would be taken against those who don't follow the rules. The order instructs police to take special vigilance amid the festival. 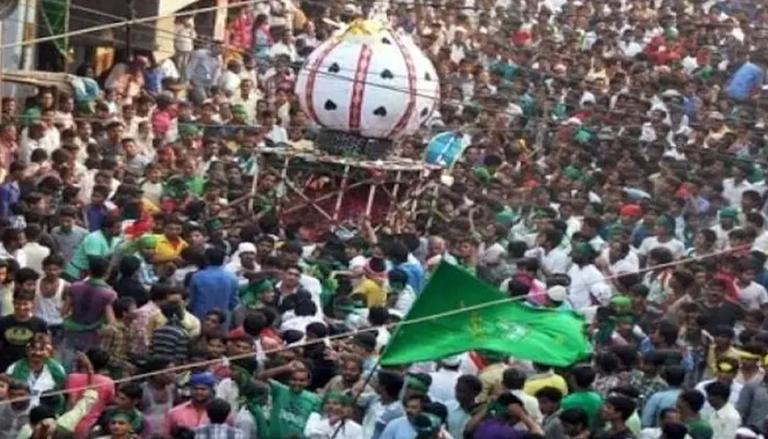 
In view of the novel coronavirus situation in India and the outbreak of a possible third wave of the pandemic, the Uttar Pradesh government has announced the suspension of Muharram processions this year. The UP Directorate General of Police (DGP) has issued guidelines keeping COVID-19 protocols into consideration as no one is allowed to gather and carry out mourning processions.

The government said that action would be taken against those who do not follow the rules. The order instructs police to take special vigilance amid the festival. The cops have been ordered to keep a tight vigil at the places where there have been disputes.

The circular by UP DGP Mukul Goel has also asked police in all districts to take clerics, peace committees, religious leaders and elite citizens in confidence by respective district administrations to ensure a prohibition on gatherings.

Every year, thousands of people gather to take part in mourning processions all over the country. The Shia Muslims take out Muharram processions where several Tazia (a replica of the tomb of Imam Hussain) are presented across the northern states.

READ | Coronavirus impact: No Muharram congregations in Kargil this time

Muharram is observed by Muslims to mourn the death of Hazrat Imam Hussain, in the battle of Karbala, in the seventh century. They carry out processions on the tenth day of the first month of the Islamic calendar which falls on August 20 this year and is called Youm-e-Ashura.

Youm-e-Ashura or Ashura is the day when Hazrat Imam Hussain, the grandson of Prophet Muhammad was martyred in the battle of Karbala in the seventh century. Since then, Hussain's and his relatives' death is mourned by the Shia Muslim community. The festival symbolises the spirit of sacrifice.

READ | Security tightened in Kawal village ahead of Muharram

Meanwhile, Uttar Pradesh has so far reported 17,08,441 COVID-19 cases, according to the last update by the Union Ministry of Health and Family Welfare. Of the total cases, 16,84,973 individuals have recovered from the illness. Meanwhile, 22,756 people have also died due to coronavirus.