After years of wait, the Ram Mandir in Uttar Pradesh's Ayodhya will finally open its gates for the devotees by December 2023, sources informed on Wednesday 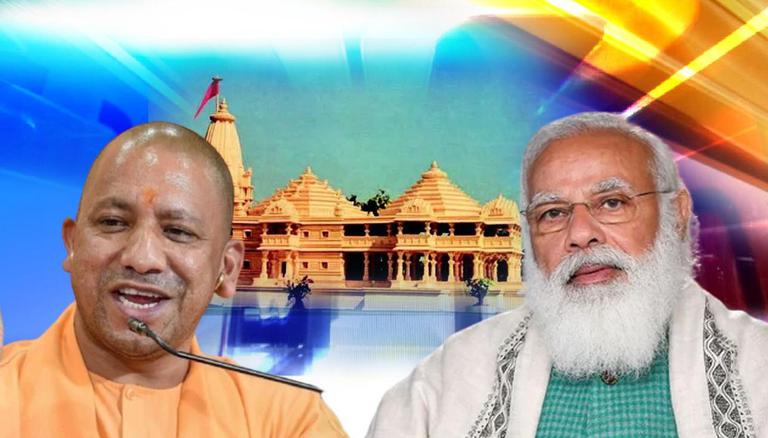 
After years of wait, the Ram Mandir in Ayodhya will finally open its gates for devotees by December 2023, sources informed ANI. The news comes on the eve of the one-year anniversary of Prime Minister Narendra Modi laying a 40-kilogram silver brick foundation stone to formally start the construction of a temple in Ayodhya in the state of Uttar Pradesh.

The construction of the temple was approved by the Supreme Court of India in November 2019 on the disputed site, which had been a point of contention between the Hindus and the Muslims for years. In February 2020, PM Modi announced that the government has finalized an authority to build the temple, and in August the same year, he laid the foundation stone on the site. Thereafter, in December, Ram Janmabhoomi Teerth Kshetra trust announced that it will launch a mass contact and Contribution Campaign for the construction of the temple. The campaign which started on January 14, 2021, ended on  February 27, 2021. Estimating that around Rs 2500 crores had been received as donations till March 4, the trust said that 10 crore households in 4 lakh villages had been approached by 9 lakh volunteers.

It is pertinent to mention here that Ram Mandir is and has long been one a core focus in the manifestos of the Bharatiya Janata Party, including for the 2019 Lok Sabha elections. The matter is also more than likely to be raised in the run-up to the 2022 Uttar Pradesh polls.

READ | Tarek Fatah donates for the Ram Temple in Ayodhya; urges Indian Muslims to do the same

Ram Mandir- All you need to know

According to the plan, the temple will have a museum, record room, research center, auditorium, cowshed, a center for tourists, administrative building, yoga shala, and other facilities. For the construction of the aforementioned parts, the committee has decided that industrial fly ash, procured from the Unchahar Thermal Power Plant in Rae Bareli, will be used instead of cement. Besides, sandstone will be procured from Mirzapur, Jodhpur, marble from Makrana in Rajasthan, and pink stone from Bansi Paharpur in Rajasthan.