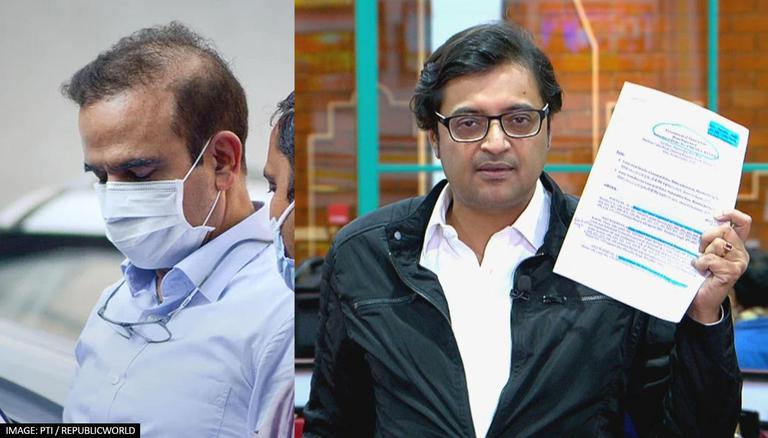 
As Param Bir Singh gets suspended, Republic's Editor-in-Chief Arnab Goswami on Thursday had a strong message for the Lutyens media- the media that 'colluded and conspired with the former Mumbai Police Commissioner to report the news'. Pointing out that suspension was the first step, ahead of which lied dismissal, Arnab Goswami challenged the media to report the news.

"For the first time, you have seen an officer of his rank being suspended. Dismissal is next for him," said Arnab Goswami.

The Republic's Editor-in-Chief further said, "For the people across the country watching this unbelievably horrific, legally macabre of antics by an individual who for almost 250 days had appeared to be missing, vanished into thin air, do everything possible not to comply with the law that he was meant to uphold. The biggest story of the day- the story of two individuals, partners-in-crime came together for a common purpose and that was to deceive the faith the common people of the country had in the system he was sworn to. What a precedent this is."

In the suspension order accessed by Republic, the government has cited the five cases filed against Param Bir Singh, and certain 'irregularities and lapses' committed by him including unauthorised absence from duty. The government said that it was initiating suspension as part of the disciplinary action.

"The Government of Maharashtra is satisfied that it is necessary and desirable to place Shri Param Bir Singh, IPS under suspension in accordance with Provision of Rule 3 (1) and 3 (3) of the All India Services (Discipline and Appeal) Rules, 1969," the order read.

A 1988-batch IPS officer, Singh before his suspension was the Director-General of Maharashtra Home Guard. In the past, he has held several key positions in the police department including the Police Commissioner of Thane and Mumbai, Director General of the Maharashtra Anti Corruption Bureau, SP of Chandrapur and Bhandara districts and Additional Director General of Police (Law and Order).

As per the order, Singh during the suspension period will be paid “subsistence allowance, dearness allowance and other allowances as admissible under Rule 4 of All India Services (Discipline and Appeal) Rules, 1969, on the production of certificate that he is not engaged in any other employment’. Further, during the period of suspension, Singh shall report to the office of the Director-General of Police, Maharashtra State, Mumbai. “He shall not leave the said headquarter without obtaining the permission of the Director-General of Police, Maharashtra State, Mumbai,” the order by the Maharashtra government read.