Due to West Bengal rains and waterlogging at Kolkata station in Sealdah Division and Tikiapara yard on Tuesday, several trains were cancelled & rescheduled 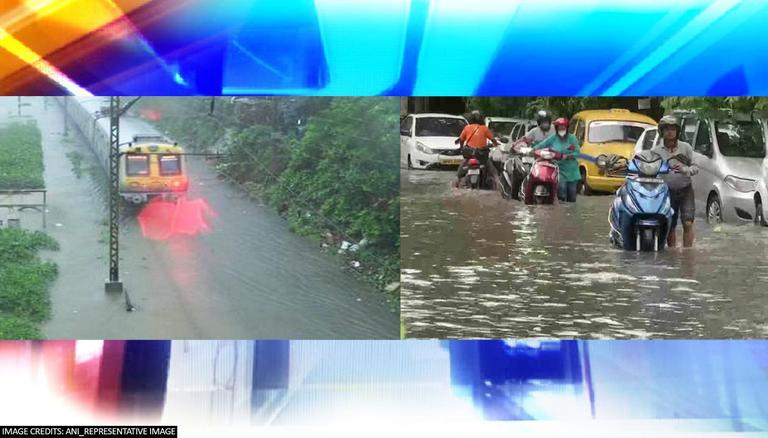 
Due to heavy rain and accompanying waterlogging at Kolkata station in Sealdah Division and Tikiapara yard on Tuesday, several trains were cancelled. Several Howrah-bound trains were also diverted to Dum Dum Junction or Kankinara, while others were diverted to Sealdah rather than Kolkata. The trains 03113/03114 Kolkata - Lalgola - Kolkata special, 02261 Kolkata - Haldibari special, and 03161 Kolkata - Balurghat special have all been cancelled.

দুয়ারে টেমস।
Thames at your doorstep.
Promise to turn Kolkata into London has been kept before crucial by-election.#DuareThames

After heavy rains, some areas in Kolkata are partially submerged. Kolkata and its surrounding districts are experiencing significant rains as a result of cyclonic circulation moving from the North West Bay of Bengal to Gangetic West Bengal. According to the Indian Meteorological Department (IMD), a low-pressure area extends up to 5.8 km above main sea level across southern areas of Gangetic West Bengal and its vicinity, with the associated cyclonic circulation.

Venice alla Kolkata, after a night of rain pic.twitter.com/FU3hdVyvNv

Waterlogged in IT hub sector 5 Due to heavy rain kolkata... pic.twitter.com/LsKnjnVCyv