What Is Yellow Fungus Infection? Symptoms, Causes & All You Need To Know

Yellow fungus infection which grows internally is said to be more dangerous than Black and White Fungus and it is recommended to seek early treatment. 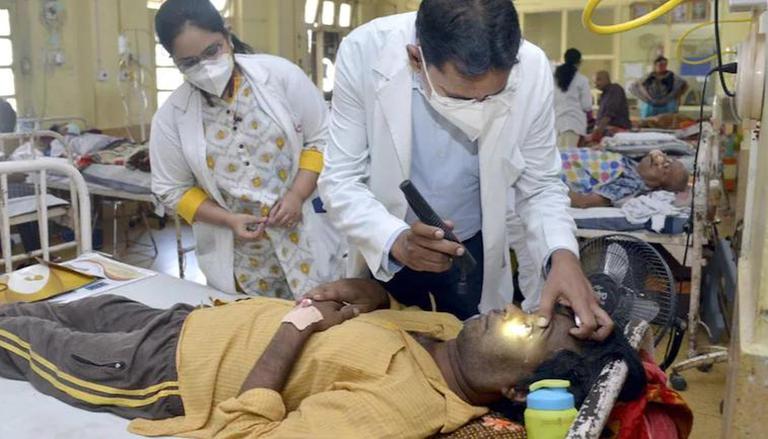 
After Black and White Fungus, a case of Yellow Fungus infection has been reported in Delhi NCR amid COVID-19. Yellow fungus, which grows internally is said to be more dangerous than the other two types and it is recommended to seek early treatment in case symptoms begin to appear. Here is all you need to know about the Yellow Fungus infection:

Lethargy, weight loss, low appetite, or no appetite at all are said to be common Yellow Fungus symptoms. More severe symptoms of Yellow Fungus can be sunken eyes or the formation and leakage of pus. The fungus is said to hinder the healing of wounds, prolonging the process, and can also result in organ failure, malnutrition and eventually lead to necrosis in extreme cases.

Yellow Fungus causes can range from high humidity to old food, however, the primary cause is said to be poor hygiene. Getting rid of old food, proper disposal of faeces can prevent the bacteria and fungus from expanding. Humidity in a closed space (house or office) should not be above the 30-40% range as high moisture environments promote the growth of fungus.

One case of the Yellow Fungus has so far been detected in Uttar Pradesh's Ghaziabad and no other states have reported the infection. However, cases of both Black and White Fungus, which were first reported two months ago are on a rise in India.

The rise in cases of Mucormycosis or 'Black Fungus' has been attributed to COVID-19 infections. Several states have reported the disease as an epidemic directing monitoring and surveillance of such cases. There are currently 8,848 cases of Black Fungus estimated across India. White Fungus on the other hand is said to be a less dangerous version of Balck Fungus. Most of these infections are being reported in people with Diabetes or those who had extensively used steroids in COVID-19 treatment.

READ | J&K declares Black Fungus as an epidemic; brings regulation into force
First Published: 24th May, 2021 14:27 IST
SUBSCRIBE TO US