In a key development, the Allahabad High Court adjourned the hearing on a bunch of pleas regarding the Kashi Vishwanath-Gyanvapi mosque dispute to July 5. 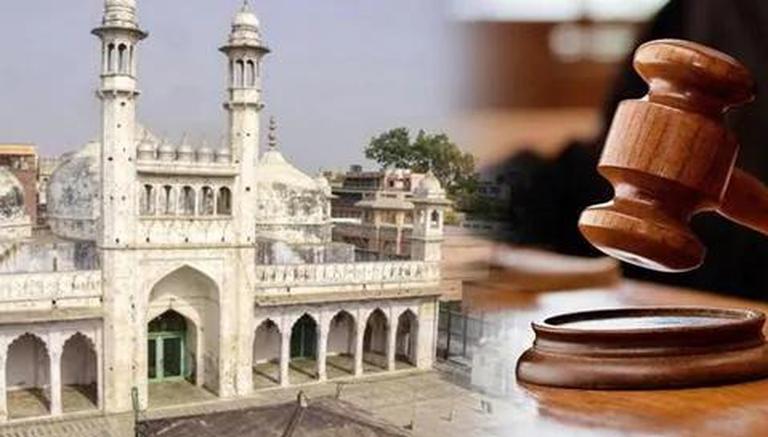 
In a key development on Friday, the Allahabad High Court adjourned the hearing on a bunch of pleas regarding the Kashi Vishwanath-Gyanvapi mosque dispute to July 5. Speaking exclusively to Republic TV, UP Sunni Central Waqf Board advocate Punit Gupta explained the different types of petitions regarding this issue that are pending before the HC. For instance, the Muslim side has opposed the maintainability of a plea demanding the return of the mosque area to the temple citing the Places of Worship (Special Provisions) Act, 1991.

Advocate Punit Gupta said, "This case was filed in 1991 by 5 persons. Their main demand is that the land on which the mosque stands should be given to the temple. We had filed an application saying that their suit is barred because of the Places of Worship Act, 1991. This application was rejected in two lower courts. We filed a writ petition against this here. The final hearing of the writ is going on. It has to be decided whether the pending matter and the relief desired is barred by the 1991 law or not."

"There are two more writ petitions. The Sunni Central Waqf Board and the Anjuman Intezamia Masjid Committee had filed separate writ petitions challenging the Civil Judge, Varanasi's order regarding an ASI survey. We said that the ASI survey order is prima facie. The Allahabad High Court had stayed the further proceedings. Now, a counter and rejoinder will be exchanged," he added. It is pertinent to note that these pleas are distinct from the ongoing proceedings before a Varanasi court and the Supreme Court over the videographic survey of the Gyanvapi mosque premises.

After the Supreme Court's verdict in the Ayodhya Ramjanmabhoomi case, there was a renewed clamour from certain outfits to retrieve the entire Kashi Vishwanath Temple-Gyanvapi Temple premises. On April 8, 2021, a Varanasi court directed an archaeological survey at this place of worship. This came on Vijay Shankar Rastogi's plea who contended that the entire premises belonged to the temple alone. Asserting that the original Kashi Vishwanath Temple was built over 2000 years ago, he claimed that the Gyanvapi Mosque was constructed after the temple was demolished by Mughal emperor Aurangzeb in 1669.

READ | Allahabad HC dismisses plea to use loudspeaker for Azaan; 'not a fundamental right'

The temple was re-constructed by Maharani Ahilyabai Holkar in 1780. He also maintained that the Places of Worship (Special Provisions) Act, 1991 was not applicable to this suit. Moreover, Rastogi cited the outcome of the Ayodhya land dispute to highlight that the issue can be resolved with the excavation by the Archaeological Survey of India. On the other hand, the Sunni Central Waqf Board had pleaded that the situation as it was on August 15, 1947, should continue. The Allahabad High Court on September 9, 2021, stayed the survey order.