Supreme Court judge Justice DY Chandrachud said that the Dabur India ad which showed a lesbian couple had to be pulled down due to “public intolerance”. 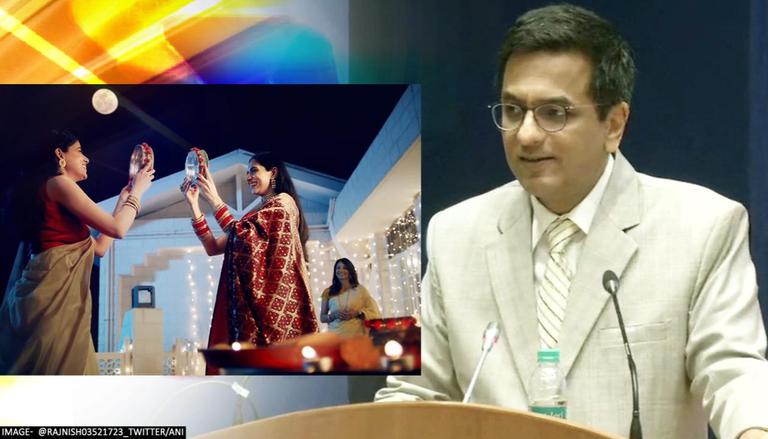 
After Dabur’s withdrawal of its latest advertisement, Supreme Court judge Justice DY Chandrachud has now made a comment claiming that the ad had to be pulled down due to "public intolerance". The Judge was speaking on the Dabur advertisement which sparked controversy for showing a lesbian couple observing Karwa Chauth. Earlier on October 25, Dabur India pulled back the advertisement because of vehement backlash on social media.

SC judge Justice DY Chandrachud was speaking on 'Empowerment of Women through legal awareness' at the Nationwide launch of Legal Awareness Programmes by NALSA in collaboration with the National Commission for Women when he made the comment.

After Manyavar, Tanishq and Fabindia, Dabur India became another big corporate name to enter the list of those who have had to pull back advertisements because of vehement backlash on social media. Apologising for allegedly hurting the sentiments of people of a particular community with their latest advertisement campaign on Karwa Chauth, the leading FMCG brand withdrew its advertisement from all social media platforms on Tuesday, October 25.

Dabur posted the update on its official Twitter account and said, "Fem's Karwa Chauth campaign has been withdrawn from all social media handles and we unconditionally apologise for unintentionally hurting people’s sentiments."

This comes amid Dabur India's beauty and cosmetics brand Fem India pursuing a creative advertisement campaign to display inclusivity in a typical Hindu festival. However, the Indian brand, which is famous for its line of products based on Ayurveda received a lot of flak for showing a same-sex couple/lesbian couple celebrating Karwa Chauth instead of a heterosexual couple.

The concept of the same-sex couple observing Karwa Chauth wasn’t well-received by many, who displayed their outrage and said that the brand has targetted a 'Hindu festival'. However, some people also appreciated the brand's creative input to perpetuate inclusivity.

BJP Madhya Pradesh minister Mishra attacked Dabur for making an advertisement of a lesbian couple celebrating Karwa Chauth and reacted saying that the company, in the future, would also show two men taking feras or marrying each other.