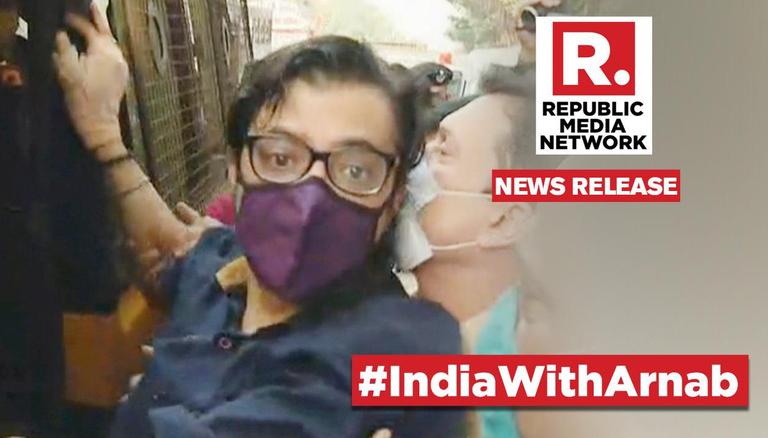 This is to bring to light the real facts on the unfounded allegations based on which Arnab Goswami has been physically assaulted and arrested by the Mumbai Police. Fabricated lies about how ARG Outlier Media Pvt Ltd (‘ARG’) owes money to Mrs Akshata Naik, the wife of deceased architect Anvay Naik were spread in May 2020. Today, Arnab Goswami’s arrest in the related suicide case has been made as part of a larger vindictive exercise against an independent journalist and an independent news organisation.

MATTER CLOSED BY COURT ON COMPLETE FAILURE TO PROVIDE EVIDENCE: A certain Akshata Naik released a video which was circulated extensively by Congress party’s social media handles and its members in May 2020. The allegations made therein are false and scurrilous. The fact is, the Anvay Naik suicide case was investigated and closed by a court of law after a closure report by the police noted that no case was made out in April 2019.

The Raigad Police had done a full investigation into the case, recorded Arnab Goswami’s statement and found no proof of any illegality. The DYSP Alibag, Division Alibag filed a closure report before the Chief Judicial Magistrate, Raigad and the same was granted on 16 April 2019. It is shocking that a case that was decisively closed has been reopened with the sole purpose of misusing power, concocting facts and forcefully arresting Arnab Goswami in a prima facie act of revenge and vengeance for his news coverage which questioned those in power in the state of Maharashtra.

90% OF ALL AMOUNTS DUE HAVE BEEN SETTLED: ARG Outlier Media Pvt Ltd has paid over 90% of the amounts due to deceased Anvay Naik’s company Concorde Designs Pvt. Ltd. (‘CDPL’) as per the terms of the work orders issued, over two years ago. The remaining sum was to be paid on completion of the pending work, which has since not been undertaken. Repeated attempts were made by ARG Outlier Media Pvt Ltd to make the balance payment to CDPL, for full and final settlement of all claims. We have full correspondence regarding this matter and proof that the absence of shareholders or directors in CDPL, has made all such attempts infructuous.

DERAILING OF ALL ATTEMPTS TO FACILITATE BALANCE PAYMENTS: It is put on record that despite multiple meetings, emails, letters and WhatsApp messages reaching out to CDPL, Mrs Akshata Naik, and Ms Adnya Naik regarding ARG Outlier Media Ltd’s willingness to ensure a full and final settlement, no concrete response has been received. In fact, the entire balance due was transferred to the bank account of CDPL in July 2019, but was returned because the account is inoperative.

ABSOLUTE FABRICATION OF FACTS: Mrs Akshata Naik demanded in the past that all payments due be made not to CDPL but third party vendors.  ARG is contractually obligated to make any & all outstanding payments only to CDPL and not third parties.  Notwithstanding this, in the interest to close the outstanding amounts ARG offered to meet alongside lawyers to find a prudent solution within the realm of law. However, despite an email on 25 January 2020, and WhatsApp messages on 26 & 27th February, 2020 to Mrs Akshata Naik stating that ARG would remit the outstanding amount to the third-party vendors, subject to due indemnification, there has been no cooperation or response on her part. ARG has a full record of all communication which proves Mrs. Akshata Naik is fabricating facts.

This is to put on record that the suicide case was categorically closed in April 2019 based on a report by the Police. Further, ARG Outlier Media Pvt Ltd has fulfilled all its financial obligations having paid 90% of the amount due to CDPL over 2 years ago.

Arnab Goswami’s arrest in mocked-up suicide case is an attempt to regurgitate a closed case in a motivated, malice-ridden and vindictive attempt to punish Republic Media Network for speaking truth to power.

The very fact that the open physical assault on Arnab, his family and on team Republic was caught on tape and beamed across the world this morning in a closed case is proof of the desperation with which the Mumbai Police and Maharashtra Government is operating. This latest fake case comes after the Mumbai Police has been exposed on their campaign of falsities in the fake TRP case. The fake hawala allegations.  Republic stands together with the people of India on our side to ensure that justice prevails in its entirety. 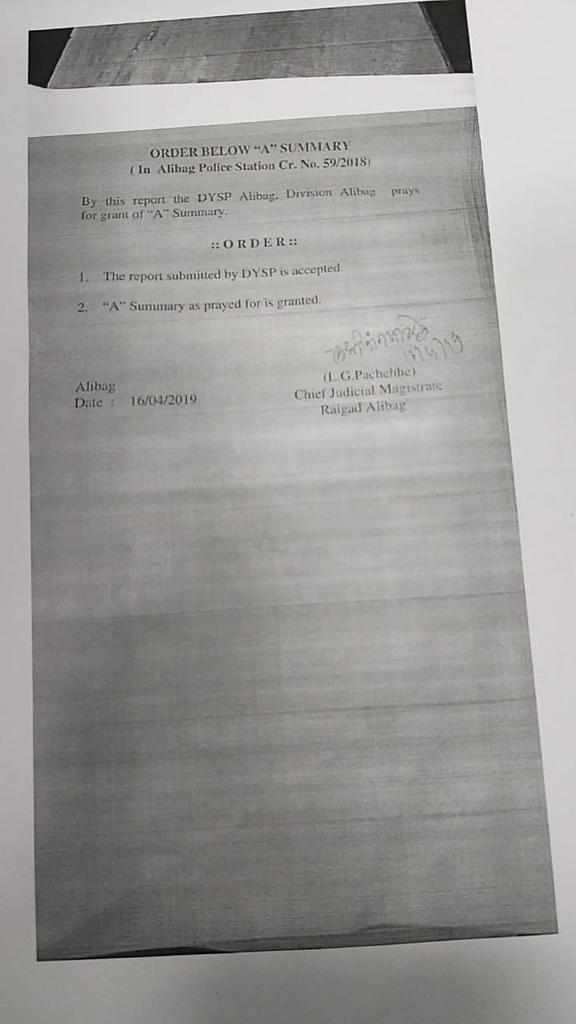