Hubli Violence: Another AIMIM Leader Among 126 Total Arrests Over Clashes In Karnataka

In a recent development in Hubli violence, the Karnataka police arrested another AIMIM leader Mohammed Arif in connection with Hubli violence. 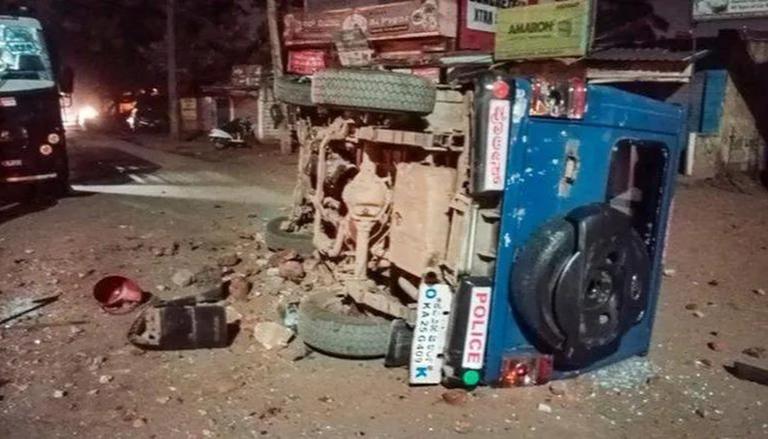 
In a recent development in the Hubli violence, the Karnataka police arrested another AIMIM (All India Majlis-E-Ittehadul Muslimeen) leader on Thursday. The alleged accused Mohammed Arif was absconding after violence erupted in Karnataka's Hubli. Mohammed Arif is one of the AIMIM leaders in the region.

A mob hurled stones at a police station in Hubli, injuring four policemen on Saturday. The mob reportedly demanded action against an objectionable WhatsApp status. There were also reports of protesters pelting stones at the nearby Hanuman temple and a hospital. Section 144 was imposed in the city amid fear of violence and disharmony. The police used lathi-charge in an attempt to disperse the mob, but the mob went out of control, so they deployed tear gas shells to disperse them. There were also reports of protestors pelting stones from nearby Hanuman Temple and a hospital.

Earlier, Karnataka Home Minister Araga Jnanendra reiterated CM Bommai's remarks by saying that the incident could have been pre-planned. After the person who dropped the controversial video was detained and around a thousand people gathered to attack the police station.