In a key development, a division bench of the Kerala High Court quashed the detention of gold smuggling accused Swapna Suresh under the COFEPOSA on Friday. 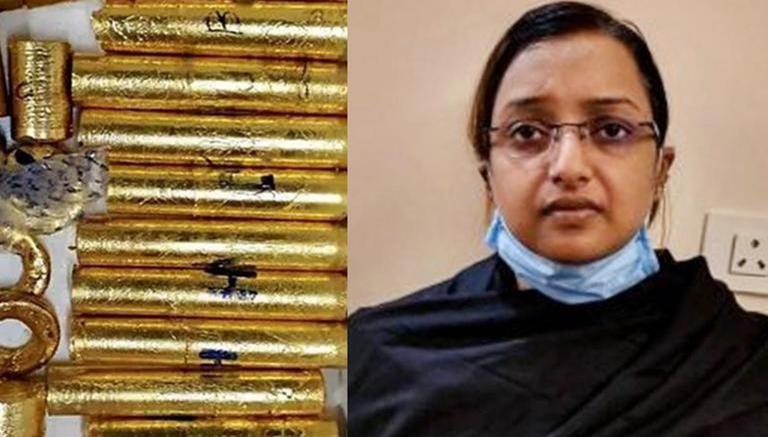 
The Kerala High Court quashed the detention of gold smuggling accused Swapna Suresh under the Conservation of Foreign Exchange and Prevention of Smuggling Activities Act (COFEPOSA) on Friday. Even as she was incarcerated, the Customs department had slapped the stringent COFESOSA on her in October 2020.

This law allows a person to be kept in preventive custody for up to one year without trial. The order of the division bench of the HC comprising Justices AK Jayasankaran Nambiar and Mohammed Nias CP came on a plea by Swapna Suresh's mother seeking the quashing of this detention order.

The petition mentioned that the accused is the only woman who is in preventive detention under COFEPOSA in Kerala at present. In its order, the bench held that the evidence was not sufficient to warrant her detention under this stringent law. In custody since July 12, 2020, Suresh is currently lodged at the Women's Prison and Correctional Home, Attakulangara. Meanwhile, the Kerala High Court will hear her bail plea in the gold smuggling case registered by the NIA on October 22.

What is the Kerala gold smuggling case?

On July 5, 2020, Customs officials seized 30 kg of gold worth Rs.15 crore at the Thiruvananthapuram Airport from a diplomatic cargo addressed to a person in the UAE Consulate. Sarith PS, who worked at the UAE Consulate, was apprehended in this regard.

Subsequently, Swapna Suresh, an ex-Consulate employee working as the manager of the Kerala State Information Technology Infrastructure Limited and M Sivasankar, the ex-Principal Secretary to Kerala CM Pinarayi Vijayan were also arrested in this case. In January 2020, the NIA filed a charge sheet before the Special Court in connection with the Kerala gold smuggling case.

Claiming that the conspiracy started in June 2019, the agency alleged that the aforesaid persons raised funds and smuggled 167 kg of gold between November 2019 and June 2020 through the import cargo addressed to diplomats at the Consulate General of UAE in Thiruvananthapuram.

Furthermore, it added that the main accused had planned to smuggle more gold from countries such as Bahrain, Saudi Arabia and Malaysia. Holding them responsible for threatening the "economic security of India", the agency revealed that the probe against absconding persons and others who facilitated the crime is underway.