Maharashtra government on Friday, has suspended Sanjiv Palande - Deshmukh's personal secretary who was arrested in June in a corruption case amid ED lookout 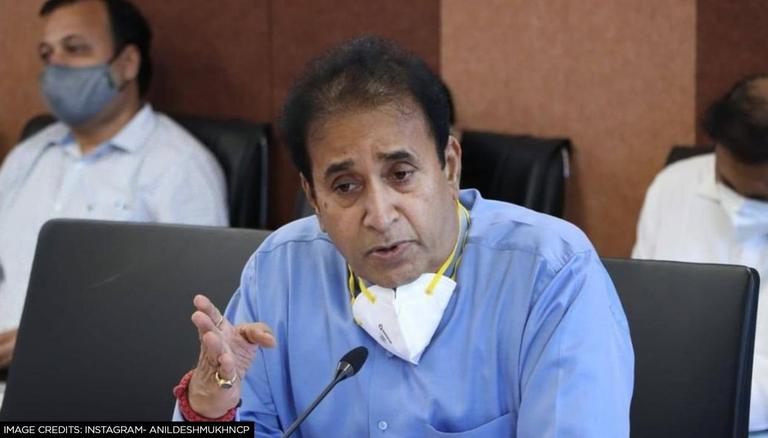 
As Enforcement Directorate looks out for ex-Maharashtra Home Minister Anil Deshmukh, the state government on Friday, has suspended Sanjiv Palande - Deshmukh's personal secretary who was arrested in June in a corruption case. Palande - an additional collector rank officer- along with Kundan Shinde (Deshmukh's personal assistant) have been arrested for their alleged involvement in the money laundering of Rs 4 crore. Shinde and Palande were taken into ED custody on June 26, and have been in custody ever since.

His suspension to effective retrospectively from date of his arrest

As per the ED, Kundan Shinde - Deshmukh's personal assistant - served as the middleman between former Mumbai API Sachin Vaze and Deshmukh in the extortion racket. The ED told the sessions court, that a total of Rs 4 crores collected by Vaze from various establishments was given to Kundan Shinde who passed it on to Anil Deshmukh. Another man who aided the operation is Sanjeev Palande, who is said to be the personal secretary of Deshmukh. The man is also said to be an accomplice in handling the illegal money trail from Sachin Vaze. Several Kolkata-based shell companies have also been named as a part of this extortion racket. Moreover, Rs 10 crores was allegedly routed through a company named Zodiac Dealcom.

Meanwhile, Palande's employer - Anil Deshmukh has been 'missing' and has evaded five summons by the ED in connection to a money laundering case. Previously, Anil Deshmukh's advocate Anand Daga was arrested for allegedly trying to subvert the Bombay High Court directed preliminary enquiry against the ex-minister by bribing inspector with an iPhone 12 Pro and expensive gifts. The CBI arrested its own Sub-Inspector Abhishek Tiwari for allegedly 'receiving bribe' from Daga after an internal inquiry into the leak of a preliminary report on Deshmukh's alleged extortion's case. The report had suggested "no cognisable offence has been committed by Anil Deshmukh", which has been denied by CBI.

Earlier in April, in an 8-page letter to CM Thackeray, Param Bir Singh alleged that Vaze had been summoned by Deshmukh to his residence several times in the past few months 'setting a target of accumulating Rs 100 crores a month' from 1,750 bars, restaurants and other establishments in Mumbai - collecting Rs 2-3 lakhs from each. He added that the Home Minister had said that a monthly collection of Rs 40-50 crores were achievable from such establishments and the rest could be 'collected from other sources'. Maharashtra HM Anil Deshmukh refuted all 'extortion allegations' and later resigned after the HC allowed a CBI probe into Singh's allegations. Several of Deshmukh's aides have been arrested for money laundering and his Nagpur residences too have been raided.