The first phase of Malabar Naval exercise begins on Tuesday. The four-days long Malabar maritime exercise will be organised in the Indian Ocean from November 3 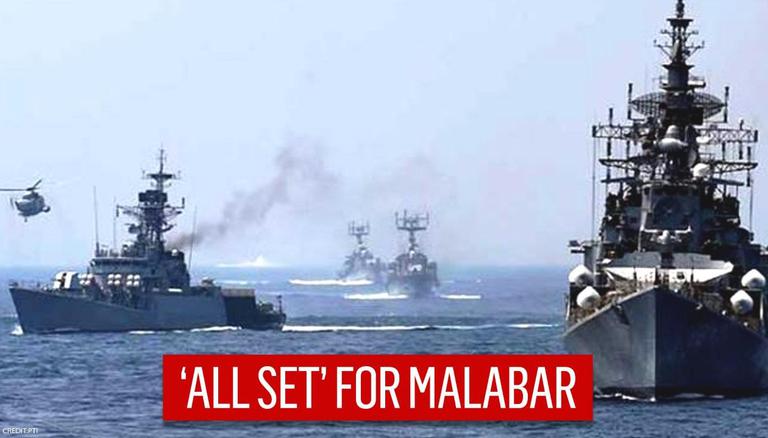 The first phase of Malabar Naval exercise begins on Tuesday. The four-days long Malabar maritime exercise will be organised in the Indian Ocean from November 3 to 6. It is the first time when the quad combination of nations comprising of India, US, Japan and Australia have come together for Malabar naval exercise. The four Navies will carry out missions together in order to enhance maritime coordination in the Indo-Pacific region.

The second phase of the Malabar exercise will take place in the Arabian Sea off the west coast of India between 17 and 20 November. In Malabar exercise, complete might of all four Navies will be showcased with assets ranging from US Navy’s destroyer USS John S. McCain and Australian Navy’s frigate HMAS Ballarat to Japan's latest Corvettes and Indian Naval warships and aircraft.

The Indian assets that will participate in Malabar are:

The exercises comprise basic passing manoeuvres among naval vessels, anti-submarine exercises, replenishment-at-sea drills, increasing inter-operability, air patrol, counter-piracy, counter-terrorism operation and a host of other stuff. The Quad Malabar exercise will be carried out in a non-contact format at the sea due to the current pandemic situation. As a preset to the Malabar exercise, the Indian Navy has been practising various strike missions in the Indian Ocean since the last few weeks. The Missile strike missions from INS Kora was one such mission accomplished by the Navy last week. The multilateral performance by the Navies of the Quad will be a remarkable experience at the sea that will enhance relationships and maritime security. 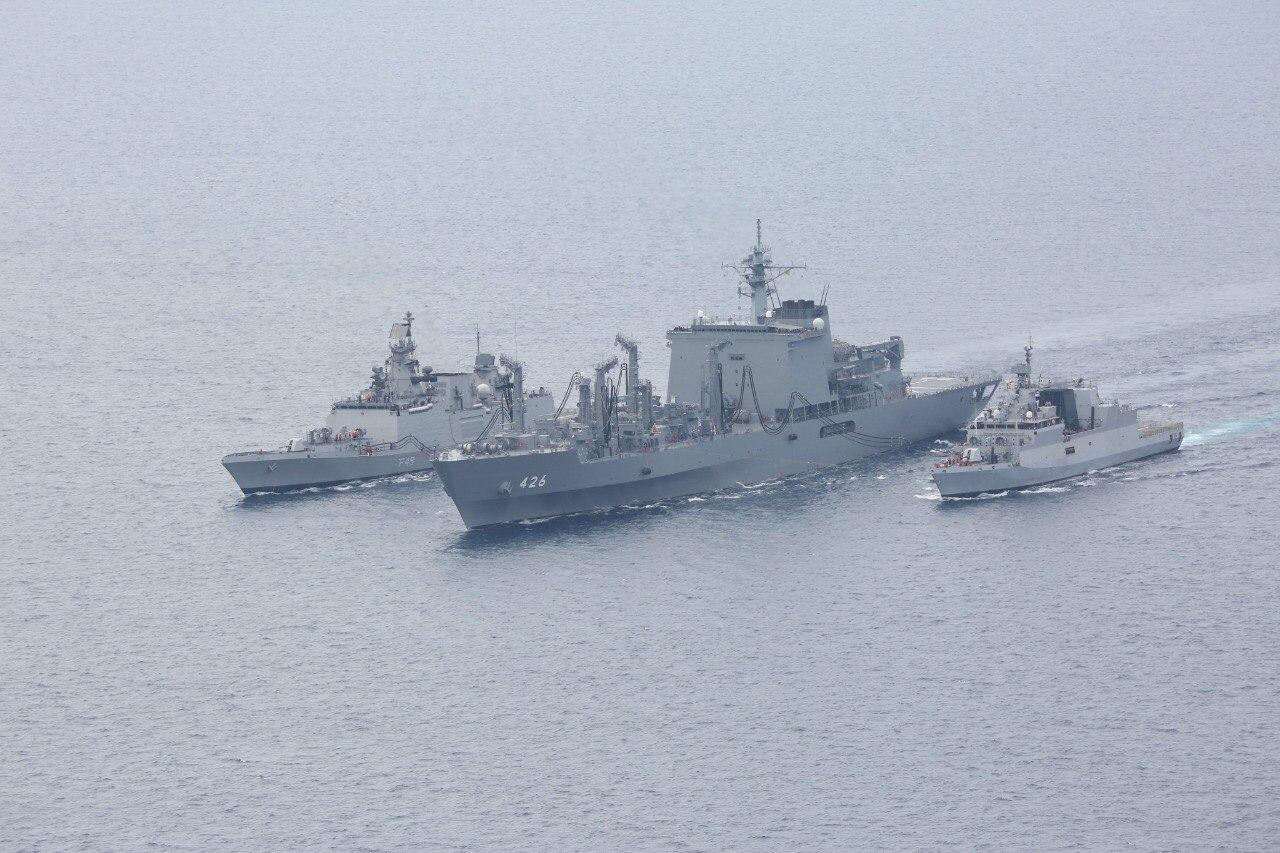 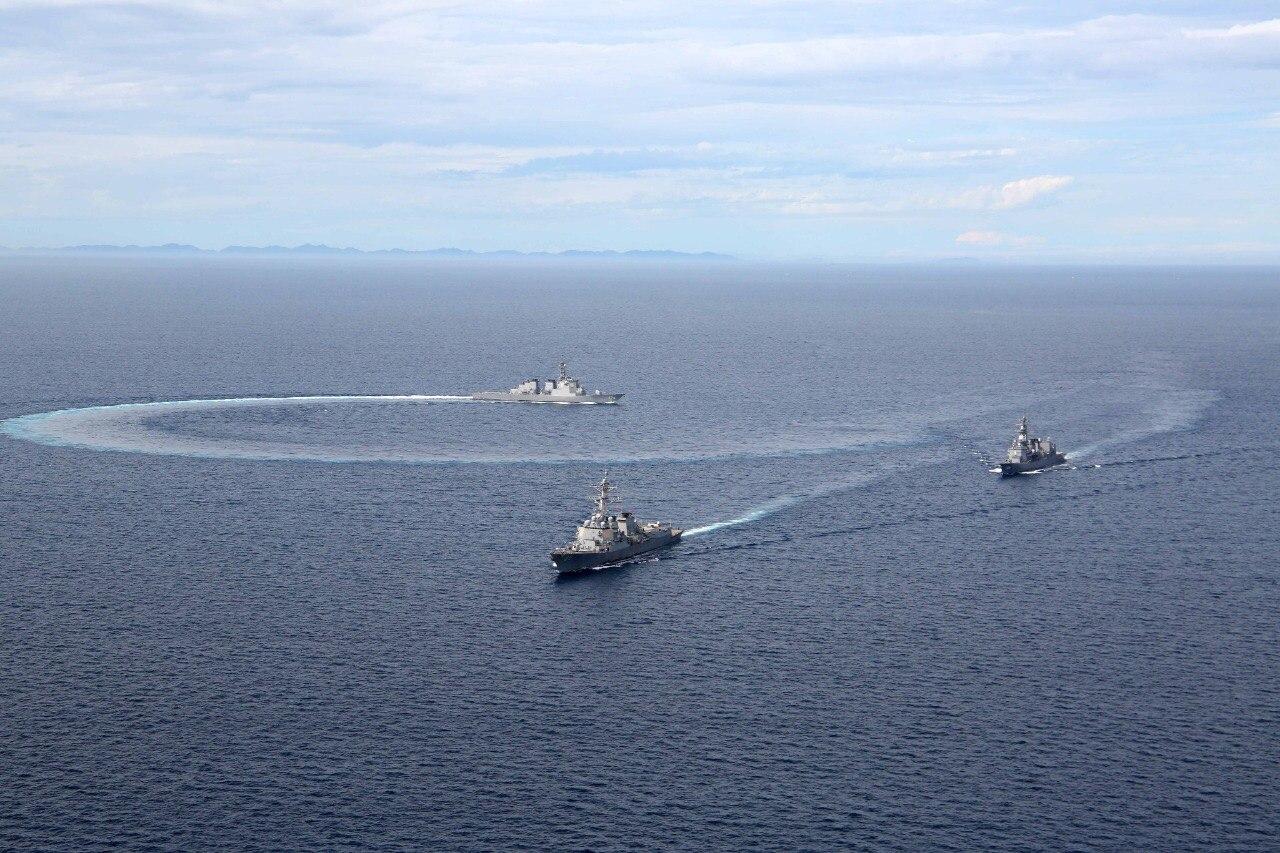 This is the first time since 2007 that the Australian Navy will be part of the multilateral naval exercise. The Narendra Modi government had extended an invitation to Canberra to participate in the exercise. After Australia accepted the invitation to Malabar the Quad looks forward to the military edge on the oceans.

Defence Minister Rajnath Singh also welcomed the decision by Australia and said, "Our defence cooperation is intended to further these objectives. Both sides welcomed Australia joining the forthcoming Malabar Exercise."

This development comes at a time of renewed focus on the Quad. Amid tensions with China in the South China Sea and the LAC in Ladakh, foreign ministers of India, Japan, the US and Australia had met in Tokyo in September.

India and the US also held the annual 2+2 dialogue in New Delhi last week and agreed to enhance cooperation in the maritime domain complying to the Basic Exchange and Co-operation Agreement BECA that was signed by the two nations.