Shajiuddin confirmed that an MoU was signed between Umar Gautam's organization Islamic Dawah Centre and Islamic Online University based in Hyderabad. 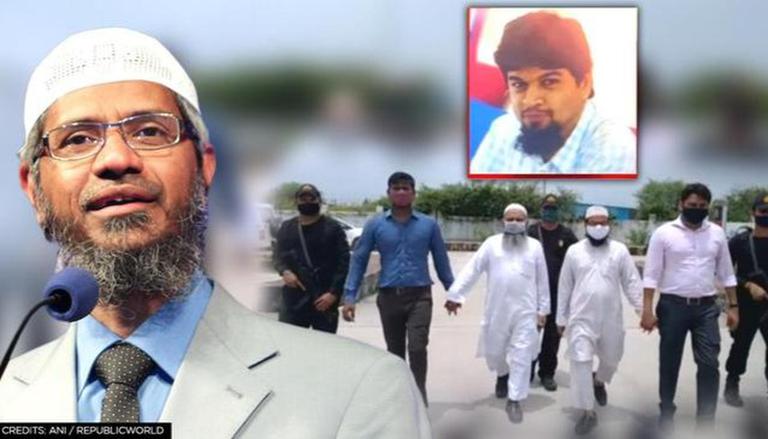 
After links were established between accused Umar Gautam and Zakir Naik's aide Bilal Philip in the Uttar Pradesh forced conversion racket, Republic TVconfronted Philip's aide Shajiuddin, a representative of Islamic Online University (IOU) in Hyderabad. Shajiuddin confirmed that an MoU was signed between Umar Gautam's organization Islamic Dawah Centre and IOU. He said, 'Yes, it happened long ago. I guess it took place in the year 2011 or 2012'.

On being asked about the terms and conditions of the MoU, Shajiuddin said, "It's been very long. To be honest, the MoU is not effective anymore and I don't even remember properly what were the terms and conditions. I'll have to look into it again. In the beginning, I was in contact with him and then we are not in contact. He visited Hyderabad some time back and called me but after that, we have not been in touch till now."

Regarding Bilal Philip and Umar Guatam's recent meet in Qatar, the IOU representative claimed that he is not aware of it and he only looks after the University in India. Three people have been arrested so far in Uttar Pradesh' forced conversion racket.

'International Mastermind' Under ATS Scanner in UP Conversion Racket

In Uttar Pradesh's conversion racket probe, investigators have speculated that the syndicate may have been funded by foreign entities and is allegedly linked to fugitive preacher Zakir Naik. The UP Anti-Terror Squad (ATS) has reportedly established links between accused Umar Gautam and Zakir Naik's aide Bilal Philip, who is believed to be the international mastermind behind the conversion racket. The UP police disclosed on Monday that accused Gautam, who has been running the Islamic Nawaz Centre, has a wide range of connections with various organizations that are linked to radical Islamic groups and individuals.

Sources informed Republic TV that Umar Gautam's and his family's bank accounts were used to receive funds from foreign entities. Approximately Rs 1.83 crore were deposited in their accounts between January 2010 and June 2021, they added. The police also established that Gautam has a very close association with Bilal Philip who is the founder of the Islamic Online University for Qatar. It may be noted that Philip's entry has been restricted in many countries, including India. He is said to have motivated almost half a dozen Indians to join the Pakistani ISIS.

The alleged conversion racket was busted by the Uttar Pradesh Anti-Terror Squad following the registration of an FIR in the case at Lucknow’s ATS police station. As per reports, two men of Delhi’s Jamia Nagar were allegedly running an outfit involved in converting deaf and dumb students and other poor people to Islam in Uttar Pradesh with funding from Pakistan’s ISI. Moreover, children and women were also lured in with false promises of cash, job, and marriage, and later, converted. Gautam, who is himself a convert to Islam from Hinduism, boasted to the police of having converted at least 1,000 people to Islam. “I converted at least 1,000 non-Muslims to Islam, marrying them all to Muslims,” Kumar quoted Gautam as boasting.

On June 24, Uttar Pradesh Chief Minister Yogi Adityanath took cognizance of the case and directed the agencies to strictly deal with those arrested in the case as he is personally monitoring it.