Sasikala To Be Released From Jail In Jan 2021 If Fine Paid: Bengaluru Prison's RTI Reply

In response to an RTI filed seeking information on the release date of late J Jayalalithaa's aide Sasikala, the Central Prison in Bengaluru informed that she is slated to complete her jail term by 27 January 2021 and would be released if she pays the fine amount awarded by the Court.

Sasikala, who was arrested in February 2017 in a disproportionate assets case, will step out of the jail just ahead of the polls in Tamil Nadu in 2021, if things pan out this way.

READ | Sasikala Family Will Have No Place In AIADMK, Govt: Tamil Nadu Minister 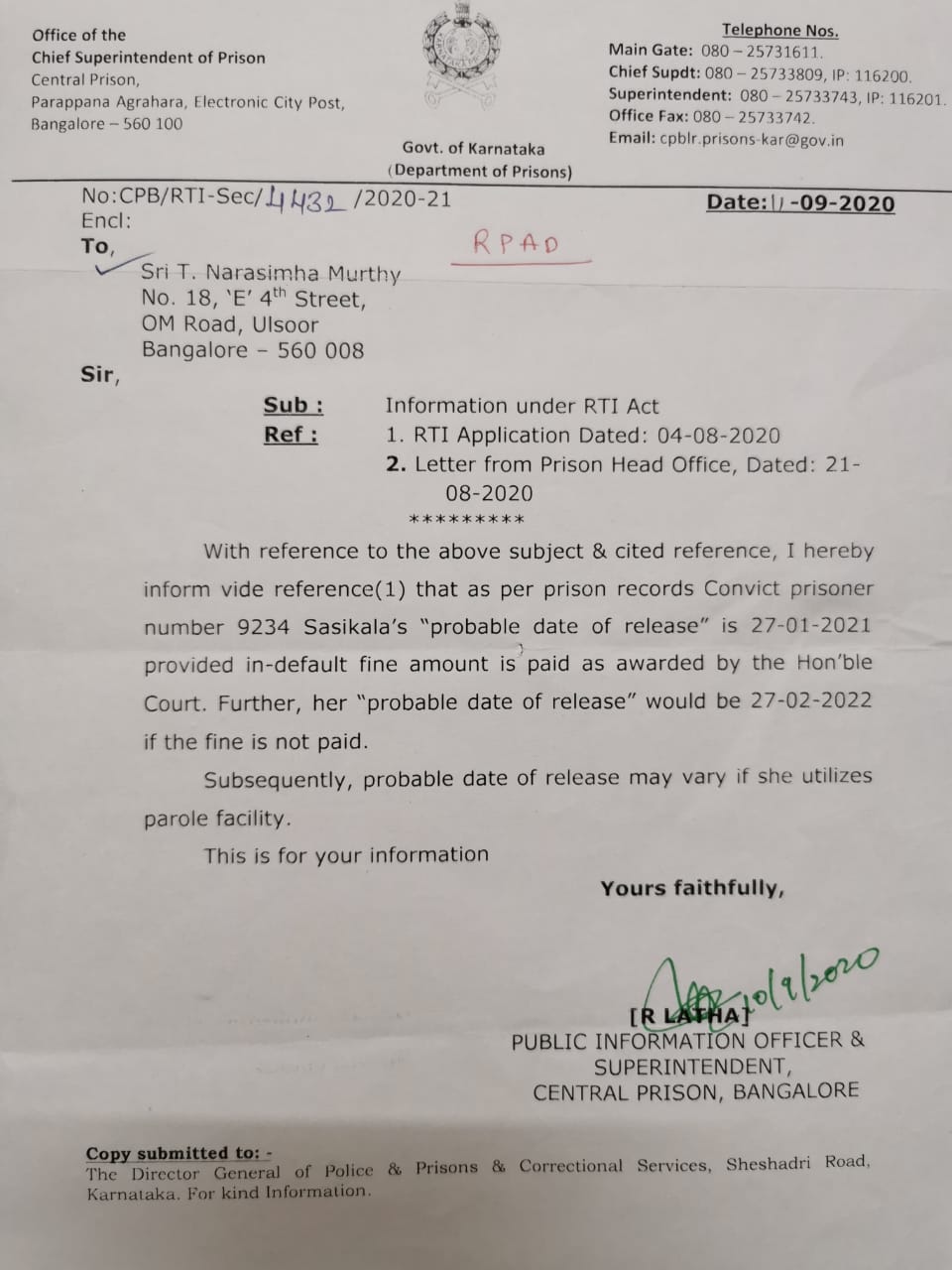 Sasikala has been lodged in the jail since February 2017 when the Supreme Court upheld her conviction by a special court in Bengaluru in a disproportionate assets case and sentenced her to four years imprisonment. Sasikala, who took over the reins of AIADMK after the death of Jayalalithaa in December 2016, was later removed from the party by then-Chief Minister K Palaniswami-led camp. Her relatives Ilavarasi and V N Sudhakaran are also serving a four-year jail term in the case.

IT officials questioned Sasikala for two-days at Parappana Agrahara Central Jail in Bengaluru, in connection with a disproportionate assets case in December 2018. As many as seven tax officials questioned Sasikala for two days, said a jail official to PTI. Tax sleuths had last year conducted searches at premises linked to Sasikala and her kin over suspected tax evasion in various cities, including Chennai, Hyderabad, and Bengaluru.

Meanwhile, Sasikala has also been probed into her alleged involvement in former Tamil Nadu CM Jayalalithaa's death. The Arumugasamy commission had written to the Karnataka Prisons Department and Home Secretary of the Tamil Nadu government to seek permission to question Sasikala. The commission which has already questioned 130 people, recorded Sasikala's statement in person.