The Supreme Court on Friday stayed the demolition of Goa's Curlies restaurant subject to the condition that no commercial activities take place there. 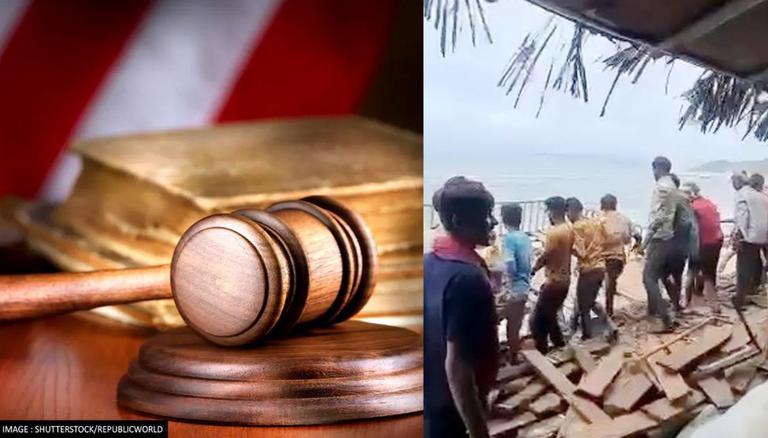 
The Supreme Court on Friday stayed the demolition of Goa's Curlies restaurant subject to the condition that no commercial activities take place there. The restaurant, located on the famous Anjuna beach in North Goa, came to the limelight following the death of TikTok star and BJP leader Sonali Phogat.

The top court issued the stay order after the Goa government began razing down the beach shack, citing a violation of Coastal Regulation Zone (CRZ) norms.

"There shall be a stay on demolition with respect to structure in Survey No. 42.10 subject to the appellants not undertaking any commercial activities in respect of structures," the court said.

The Goa government began demolishing the controversial restaurant on Friday morning after its owner failed to get any respite from the National Green Tribunal (NGT) against a 2016 demolition order of the Goa Coastal Zone Management Authority (GCZMA).

Sonali Phogat was found partying at the nightclub hours before her death. Later, her two associates, along with Curlies' owner Edwin Nunes were arrested in the case. Nunes was later granted bail.

The actress was last seen in that restaurant along with two accused, hours before she was brought dead to a hospital in North Goa.

Goa Chief Minister Pramod Sawant on Wednesday said he has full faith in the state police department that is investigating the alleged murder of the actor.