UP polls 2022 | '19% Muslim Population In UP But Not A Single Leader': Asaduddin Owaisi 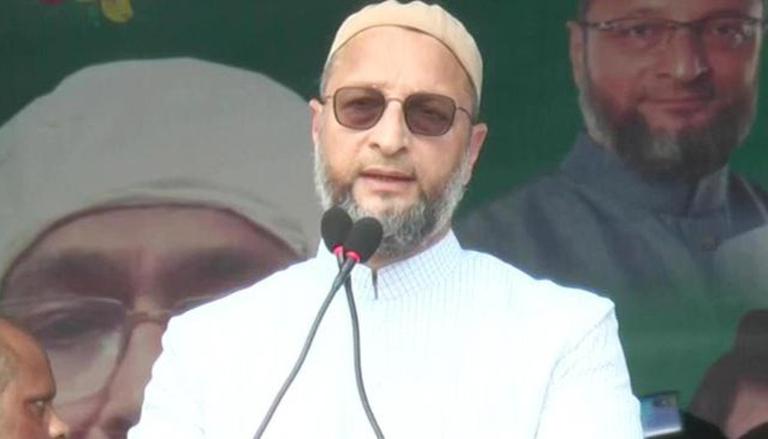 
All India Majlis-e-Ittehadul Muslimeen (AIMIM) chief Asaduddin Owaisi on Sunday lamented that despite constituting 19% of the state's population, the Muslim community in Uttar Pradesh does not have a single leader.

"Now Muslims will not play the instrument. Even every caste has a leader, but Muslims have no leader. There is 19% Muslim population in UP but there is not a single leader," AIMIM president Asaduddin Owaisi added.

Ahead of the Uttar Pradesh Assembly Polls, Owaisi purported that 'every caste' in UP has a leader except Muslims. Notably, the statement from the AIMIM leader comes days after reports of a possible alliance with the Pragatisheel Samajwadi Party (Lohia).

The AIMIM leader likened the condition of Muslims in Uttar Pradesh to 'a band baja party’, and said that "they are asked to play music during marriage processions but "are made to stand outside on reaching the wedding venue."

The condition of Muslims has become like a ‘band baja party’ in a marriage procession where they (Muslims) are first asked to play music, but are made to stand outside on reaching the wedding venue: AIMIM president Asaduddin Owaisi in Kanpur (26.09) pic.twitter.com/nY61BBX7gH

AIMIM national spokesperson Syed Asim Waqar on Sunday said that the main goal of his party is to create political thought and leadership among Muslims for the progress of their community and a better future.

Launching a political attack at other parties, Waqar asserted, "Owaisi's decision to give leadership to Muslims is creating an uproar among the parties which consider this community as their political slave." Political analyst Parvez Ahmed has pointed out that the 'Owaisi factor' will definitely have an impact on the assembly elections.

AIMIM to ally with Pragatisheel Samajwadi Party (Lohia) for UP Polls?

Creating buzz of a possible alliance, AIMIM President Asaduddin Owaisi had called on former SP leader Shivpal Yadav. Since leaving the Akhilesh Yadav-led party, the latter has been heading the Pragatisheel Samajwadi Party (Lohia)- a party that he formed on August 29, 2018. While Shivpal Yadav has shown an inclination towards an alliance with SP, Akhilesh Yadav has not reciprocated his offer so far. At present, he is the MLA from the Jaswantnagar Assembly constituency, a seat he has been winning since 1996.

After his meeting with Shivpal, Owaisi did not provide any details and said, "Yes, I came to meet him. He is a very big leader". Meanwhile, AIMIM has already partnered with the Bhagidari Sankalp Morcha which is being led by Om Prakash Rajbhar. It comprises nine other parties including the Suheldev Bhartiya Samaj Party, the Apna Dal faction of Krishna Patel, Rashtroday Party, Rashtriya Bhagidari Party and Janta Kranti Party.