AAP MLA Akhilesh Tripathi allegedly assaulted two men in northwest Delhi's Ashok Vihar neighbourhood after one of them complained about a sewage issue. 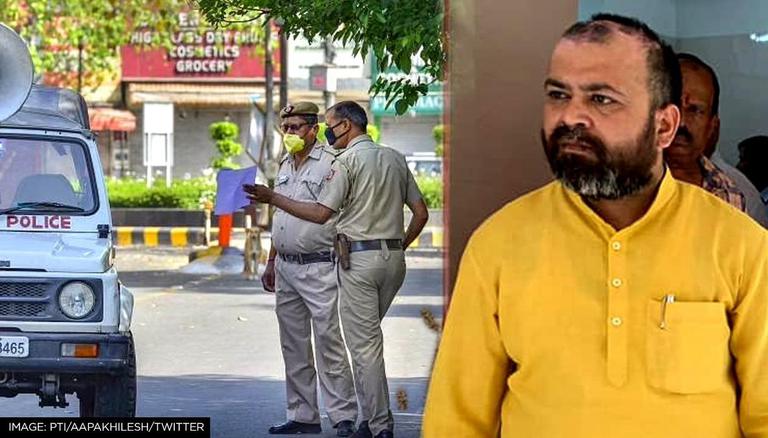 
In a significant development, Akhilesh Pati Tripathi, a Delhi MLA for the Aam Aadmi Party (AAP), allegedly assaulted two individuals on Wednesday in northwest Delhi's Ashok Vihar neighbourhood after one of them complained to the lawmaker about the sewage issue in the region.

According to police officials, Ashok Vihar police station received information about an alleged physical assault near the Lal Bagh area on Wednesday, July 6, at about 4.30 PM. When the police arrived on the scene shortly after, it was discovered via their inquiry that Akhilesh Tripathi, an AAP legislator from the Model Town constituency, had allegedly beaten up Guddu Halwai and Mukesh Babu.

Deputy Commissioner of Police (northwest) Usha Rangnani informed PTI that Guddu and Mukesh were shifted to BJRM hospital in  Delhi's Jahangirpuri after the alleged assault. DCP Rangnani further stated that Guddu's statement was recorded on Wednesday, wherein he said that on Wednesday, he was present at a function alongside a railway line near Jailor Wala Bagh, Ashok Vihar, where he was providing catering services.

READ | AAP dissolves its J&K unit ahead of possible Assembly polls; to focus on 'expansion'

According to DCP, during the function, Guddu met AAP's Akhilesh Tripathi and complained to him about sewage problems in the area. Following this, the MLA got angry and allegedly hit him on the head with a brick. Adding further, DCP Northwest Delhi said that Mukesh Babu, a relative of Guddu Halwai, tried to mediate but he was too assaulted by Tripathi.

Guddu sustained an injury on the left side of the head while Mukesh has no external injury. A case has been registered and an investigation has been taken up, a police official said, PTI reported.

Whereas on the other hand, the AAP MLA denies all the allegations and dubbed the lodging of the case against him as "politically motivated". Speaking of the allegations against him, Tripathi alleged that the police had filed a complaint against him on the basis of a statement from a complainant "who was in such an inebriated condition that he was not even able to stand properly on his feet," PTI reported. "This is a dirty politics that the BJP is playing against me. I condemn it," the AAP MLA told PTI.

According to him, the sewer about which the complainant has talked is yet to become operational and there is no question of it being damaged or not being operational.