The decision to drop the former PM's name came after Assam CM met the prominent Adivasi and tea-tribe community of the region, who demanded the same. Read. 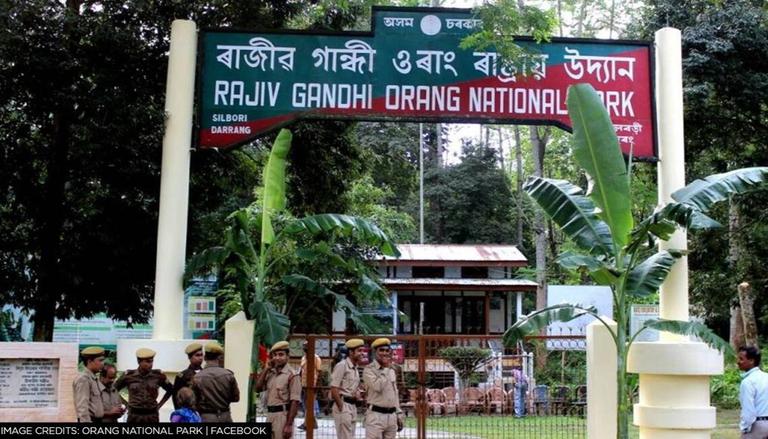 
The Assam Cabinet on Wednesday, September 1, informed the decision to rename Rajiv Gandhi National Park, also a Tiger reserve, as Orang National Park. The decision to drop the former Prime Minister’s name from the national park came after discussing with the locals. Government spokesperson and Water Resources Minister Pijush Hazarika said that the decision was taken after a meeting with the Adivasi and tea tribe community of the region who demanded the change in name.

The decision to rename the national park was taken at a meeting attended by Assam Chief Minister Himanta Biswa Sarma. The CM along with other officials met with prominent members of the Adivasi and tea-tribe community who had demanded the removal of former Prime Minister Rajiv Gandhi’s name from the park. The government agreed to the demand as the name Orang is associated with the sentiments of the local Adivasi and tea-tribe community. The Orang people were originally part of the many tribes who were brought by the British from Jharkhand, Odisha and West Bengal regions to work in the tea gardens of Assam.

Covering an area of 79.28 sq km, the park was first declared a wildlife sanctuary in 1985 before being transformed into a national park in 1999. The Park situated on the north bank of the Brahmaputra in the Darrang and Sonitpur districts is known for its wildlife. The Royal Bengal Tiger, Indian Rhinos, Pygmy Hog, and wild elephants are a few of the many varieties of animals who reside here.

The cabinet, during the meeting which passed the park renaming decision, also approved sanction of Rs 660 crore as COVID-related expenditure to the Deputy Commissioners of different districts. In another major decision, the Assam cabinet also decided to appoint international boxer Jamuna Boro and International archer Champion Sanjay Boro as Excise Inspectors.

Earlier on August 6, Prime Minister Narendra Modi announced renaming the Rajiv Gandhi Khel Ratna to Major Dhyan Chand Khel Ratna. PM Modi cited citizen's requests as the catalyst behind the decision. The renaming was done in honour of the Hockey wizard also came only a day after India's men's hockey team’s bronze medal win and also the stellar performance of the women's team in the Tokyo Olympics. Thousands of citizens had been requesting through social media to pay tribute to the legend for his major contribution to hockey. However, the decision to rename the award didn’t sit well with Congress, who slammed the decision as a move to erase the former PM’s legacy by the BJP government.