'Aurangzeb Didn’t Succeed, Neither Will You': BJP Trades Barbs With AAP Over Cracker Ban

Amit Malviya remarked that a similar 'ban' on fireworks was attempted by Aurangzeb nearly 350 years ago, which was being followed by 'modern' tyrants. 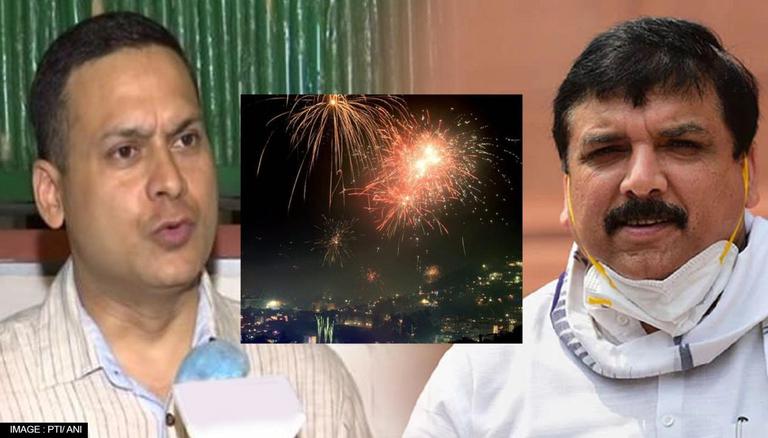 
Amid the rising pollution levels in the national capital, BJP IT cell chief Amit Malviya hit out at the Aam Aadmi Party (AAP) for blaming firecrackers as the cause for deteriorating AQI, asking the government to focus on 'real issues and address them.' Malviya remarked that a similar 'ban' on fireworks was attempted by Mughal ruler Aurangzeb nearly 350 years ago, which was being followed by 'modern incarnations of tyrants' who were blaming Diwali for pollution. The leader remarked that like Aurangzeb, attempts to forbid fireworks in this era would also fail.

Aurangzeb, in 1667, had forbidden display of fireworks. In 2021, modern incarnations of the tyrant are trying to ban crackers on Diwali and blaming celebrations for pollution. Aurangzeb didn’t succeed 350 years ago, neither will you.
So, focus on the real issues and address them.

The Delhi government had announced a complete ban on crackers till January 1, 2022, ahead of the festive season. Moreover, the Arvind Kejriwal-led party also ran an aggressive campaign against the sale and use of crackers. The government had also warned of strict action under relevant IPC provisions and the Explosives Act against anyone found burning firecrackers. However, Delhiites woke up to severe air quality in the days after November 4, as people decided to burst firecrackers and defy the government's orders.

According to experts, the bursting of firecrackers on Diwali is not the only cause for the rising AQI levels. Stubble burning in neighbouring states of Punjab and Haryana have accounted for 36% of Delhi's PM2.5 pollution on Friday, the highest this season so far. "The overall air quality of Delhi plunged to the upper end of the 'severe' category with additional firework emissions… The share of stubble emissions has peaked today at 36 per cent," said Gufran Beig, the founder-project director of SAFAR.