The BJP on Sunday stripped 40 of its office bearers of their organisational posts for indulging in anti-party activities and filing nominations for the forthcoming Panchayat elections in the Uttarakhand against candidates supported by the party. The action was taken by state BJP president Ajay Bhatt on the basis of reports furnished by organisational committees constituted at the district level, state BJP General Secretary Rajendra Bhandari said.

40 stripped of posts for 'anti-party' activities

Prima facie, 40 office bearers were found guilty of indulging in anti-party activities and entering the poll fray against BJP supported candidates, he said. "They have been stripped of their party posts and their expulsion will soon follow," he said. Bhatt had earlier threatened to take disciplinary action against such leaders saying they will be expelled from the party for six years. 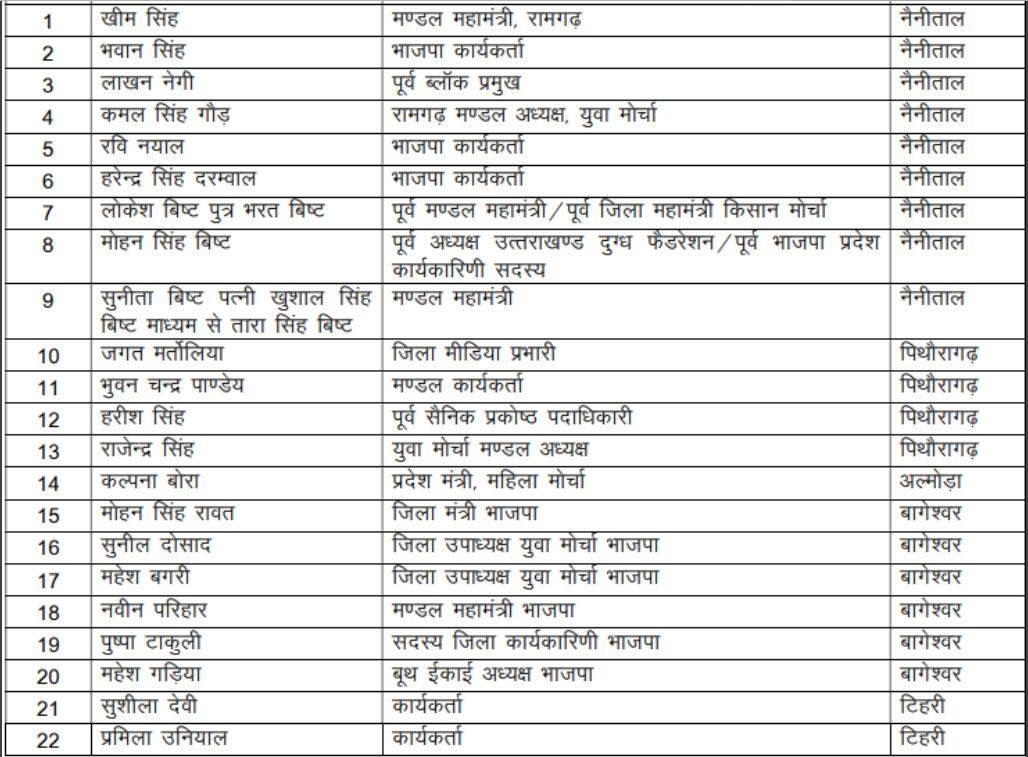 The office bearers absolved of their organisational responsibilities are mandal general secretaries, mandal presidents and district vice presidents. Panchayat elections are scheduled to be held in 12 districts of the state in three phases from October 6 to October 16. The results will be announced on October 21.

Earlier in July, Congress had expelled several of its leaders due to their alleged anti-party activities. Uttar Pradesh Congress Committee (UPCC) spokesperson Brijendra Kumar Singh in a statement said that the leaders had been expelled from the party for six years for their anti-party activities. The expelled leaders include -- Former MLAs Anugrah Narayan Singh and Vinod Choudhary, Ram Jiavan, former District Congress president of Ambedkar Nagar district Firoz Khan, Achhan Khan, Gaurav Pandey, Surendra Shukla and Vijma Kersarvani. Apart from these leaders, Ravi Prakash Ravendra too has been expelled from the party for two years.

This news came after it was reported Congress general secretary Priyanka Gandhi will travel to the Eastern Uttar Pradesh soon with an aim to strengthen the party cadre at the ground level. According to a source in the party, Priyanka will meet workers in each division and take their feedback and suggestions to pick up prominent and popular faces to lead the district level committees. She is also touted to be the full in-charge of Uttar Pradesh assembly elections.