BJP president JP Nadda will hold a virtual meeting with the newly appointed state in-charges on Thursday. He will also embark on a 100-day nationwide tour

BJP national president JP Nadda will hold a meeting with the party's newly appointed state in-charges on Thursday. The meeting will take place via video-conferencing due to the coronavirus pandemic. The new state in-charges were appointed by Nadda on November 13. Apart from the significant appointments in several states, Nadda will also embark on a 100-day nationwide tour for laying the groundwork for the 2024 general elections.

Among the significant new appointments, BJD-turned-BJP leader Baijayant Panda has been made in charge of Assam and Delhi. On the other hand, C.T Ravi - ex-Karnataka minister and the national general secretary has been given the leadership of three states - Goa, Maharashtra, and the crucial poll-bound Tamil Nadu. Ex-BJP chief Amit Shah's team-  Bhupender Yadav (Bihar, Gujarat), Kailash Vijayavargiya (West Bengal), Arun Singh (Rajasthan, Karnataka ) have retained their positions. Here's a complete list of all in-charges 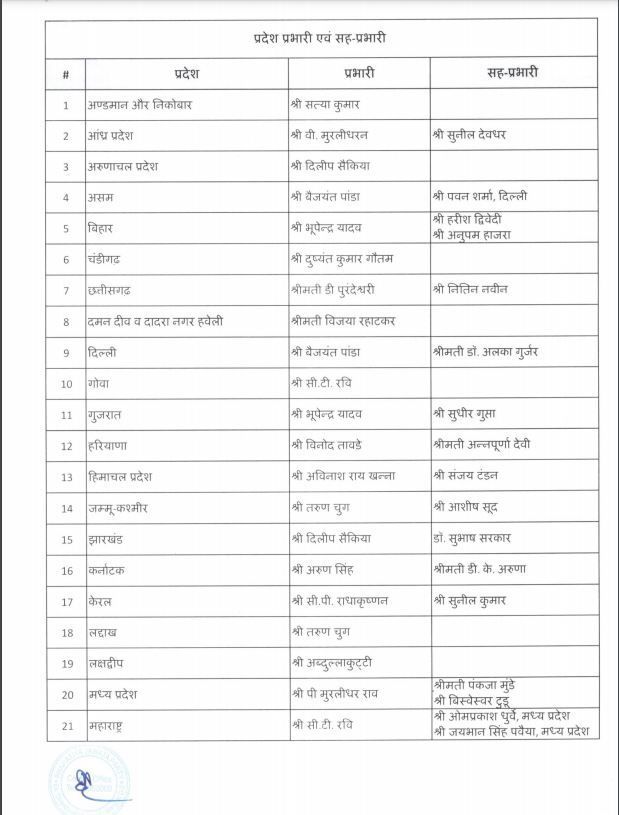 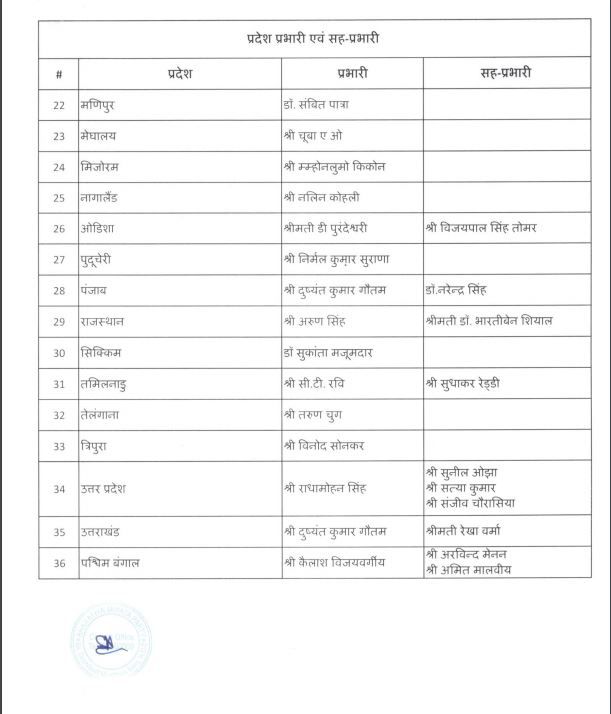 READ: BJP President Nadda To Embark On 100-day Nationwide Tour In An Early Start To Groundwork For 2024

JP Nadda will embark on a 100-day nationwide tour to strengthen the BJP ahead of the 2024 general elections. Additional efforts also include focusing on states where the party did not perform well in the 2019 Lok Sabha polls. In addition, Nadda will also spend more time in states where the BJP is not in power. During the course of his tour, Nadda will also meet potential allies of the NDA. "During the trip, Nadda will hold strategic sessions with state BJP leaders to formulate plans to win the Lok Sabha seats that the party had lost in the last general elections in the 2024 polls," sources said.