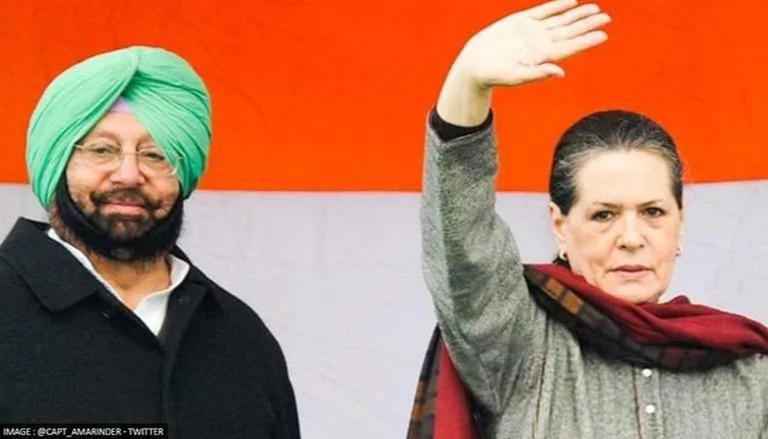 
Former Punjab Chief Minister Amarinder Singh has formally resigned from the Congress Party days after announcing to float his own party in Punjab ahead of the 2022 assembly elections in the state. Amarinder Singh had tendered his resignation as Punjab CM after being humiliated by the party on several occasions.

Stating that he was against Sidhu's appointment as Punjab Pradesh Congress Committee chief, Amarinder Singh in a letter to party president Sonia Gandhi, said, " Despite mu profound reservations and over the unanimous advice of almost all the MPs from Punjab, you chose to appoint an acolyte of the Pakistani deep state Navjot Singh who had publicly hugged the Pakistan Army chief Gen Bajwa and Prime Minister Imran Khan, as the president of Punjab Congress Committee. Khan and Bajwa are the people responsible for sending terrorists across the border to kill Indians. It may be noted that 82 of Punjabi soldiers have been martyred in Jammu and Kashmir since my government took over in 2017."

He added, "Sidhu's only claim to fame was that he would abuse me and my government on a regular basis. I am old enough to be his father but did not stop him from using the filthiest and most vile language against me both publicly and privately."

Rather than being reined in, Amarinder Singh said, Sidhu was being patronised by Rahul Gandhi and Priyanka Gandhi. "While you chose to turn a blind eye to the shenanigans of this gentleman who was aided and abetted by the General Secretary in-charge Harish Rawat, perhaps the most individual I had the occasion to make acquaintance off," he said. The Captain reiterated that Sidhu is a person of an unstable mind and one day the party will regret it. "I am sure you must be regretting now," he said.

Pointing finger at Sonia Gandhi, Amarinder Singh said, "despite knowing me for the better part of my 52 years in public life and that too a deeply personal level you never understood me or my character. You thought I was getting on in years and shout be put to pasture. I am neither tired nor retired. I feel I have a lot to give and contribute to my beloved Punjab. I intend to soldier on and not fade away."

"I actually felt deeply hurt by your (Sonia Gandhi) and that of your children (Rahul and Priyanka Gandhi) who I still deeply love as much as my own children, having known their father. since we were in school together since 1954, which is for 67 years now," he said.

Concluding the letter, Amarinder Singh said that he hereby resigns from the Indian National Congress in the interest of state and country.

On October 20, Captain Amarinder Singh had informed us that he will form his own party in Punjab "The battle for Punjab’s future is on. Will soon announce the launch of my own political party to serve the interests of Punjab & its people, including our farmers who’ve been fighting for their survival for over a year," he had said.

The ex-Army captain had confirmed that his party is open to making an alliance with BJP. "Hopeful of a seat arrangement with @BJP4India in 2022 Punjab Assembly polls if #FarmersProtest is resolved in farmers’ interest. Also looking at an alliance with like-minded parties such as breakaway Akali groups, particularly Dhindsa & Brahmpura factions," he said.