The Centre has now sent a reminder to the 'now retired' West Bengal Chief Secretary Alapan Bandyopadhyay and asked him to report in Delhi on Tuesday. 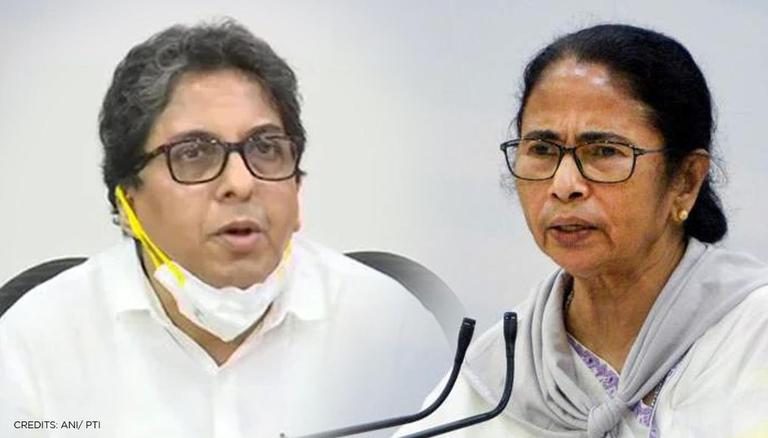 
In yet another development on the tussle between the Centre and the West Bengal government, the Centre has now sent a reminder to the 'now retired' West Bengal Chief Secretary Alapan Bandyopadhyay. The reminder states that Bandyopadhyay is to report to the Personnel Ministry in Delhi at 10 am on Tuesday.

In addition, it has further stated that if Alapan Bandyopadhyay fails to show up, then disciplinary action would be initiated against him, officials said. The reminder was sent after the IAS officer failed to report to Delhi on Monday for his services to the Government of India.

Meanwhile, West Bengal CM Mamata Banerjee on Monday announced that Bandyopadhyay had 'retired' as the state's Chief Secretary. However, Banerjee reappointed him as her advisor for three years, in order to counter the Centre's move. Before her decision, Banerjee had also penned a letter to PM Modi asserting that the state government will not release him. She further urged PM Modi to withdraw the order by terming it as 'unconstitutional'. Additionally, she also remarked that the Centre took the decision without seeking permission from the state administration.

"The CS got a letter from the Centre asking him to join North Block by tomorrow. This is not a reply to my letter but to the CS. I have not received any reply from it to the letter which I had sent earlier today," Banerjee told newspersons in Kolkata.

Even so, sources have said that necessary disciplinary proceedings will be initiated against the officer in case he fails to report in Delhi on Tuesday.

"A show-cause notice can also be issued to him seeking his explanation as to why he did not join," a source explained.

The political drama surrounding Bandyopadhyay kicked off when the Personnel Ministry had on May 28 sought his services and asked the state government to relieve the officer immediately. Bandyopadhyay, who was scheduled to retire on Monday after completion of 60 years of age, was recently given a three-month extension. His extension was approved by the Appointments Committee of the Cabinet (ACC) headed by the prime minister. In a communique to the state government, the Personnel Ministry on Friday said the ACC has approved the placement of the services of Bandyopadhyay with the Government of India as per provisions of Rule 6(1) of the Indian Administrative Service (Cadre) Rules, 1954, "with immediate effect".

The West Bengal government was asked to relieve the officer with immediate effect and Bandyopadhyay was directed to report to the Department of Personnel and Training, North Block, New Delhi by 10 am on May 31. After failing to do so, another letter was issued in which the state government was advised to relieve him with immediate effect and he was directed to report to the DoPT, North Block, New Delhi by 10 AM on June 1, 2021, officials said, citing details of the communique. Rule 6 (1) of the IAS cadre rules says a cadre officer may, with the concurrence of the state governments concerned and the central government, be deputed for service under the central government or another state government.