Priyanka Gandhi will take a lead for the Congress in Uttar Pradesh, but the face for the CM candidate is not clear as of now, the leader revealed. 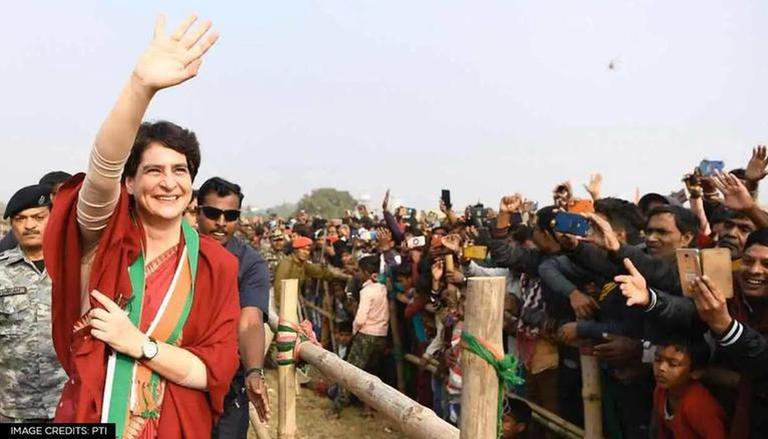 
The Uttar Pradesh Assembly Elections 2022 will be fought under the leadership of Congress General Secretary Priyanka Gandhi Vadra, former Union Minister and senior party leader Salman Khurshid stated on Sunday. As Priyanka Gandhi tours Rae Bareli in hopes of turning the tide for the Congress in the upcoming state polls, Salman Khurshid revealed that the grand-old party will not form an alliance with any party for the elections. Priyanka Gandhi will take a lead for the Congress in Uttar Pradesh, but the face for the CM candidate is not clear as of now, he said.

"The party will not form alliance with any party. We will contest the elections with firm belief. Party workers will go to each constituency to know the problems being faced by the local people..." he said, adding the Congress would field candidates for all 403 assembly seats in Uttar Pradesh.

Salman Khurshid further revealed that the manifesto of the Congress party would include the voices of the common people and the problems being faced by the locals. Earlier on Sunday, as Priyanka Gandhi rang the poll bugle in the party's age-old bastion, Khurshid interacted with leaders and the people of the state in a bid to prepare the Congress manifesto for the 2022 polls. The senior leader was accompanied by Congress National Spokesperson Supriya Shrinet among others. "The party members have been visiting assemblies and trying to contact people and know problems being faced by the locals," he said.

On Sunday, Priyanka Gandhi Vadra commenced the tour of interim Congress president Sonia Gandhi’s bastion, Rae Bareli to boost the morale of the party workers and take note of the ground situation ahead of the state polls. Priyanka Gandhi Vadra began her two-day tour of Sonia Gandhi's parliamentary constituency by paying a visit to a Hanuman temple in Churuva and offering prayers. She was greeted with garlands by party leaders and members upon her arrival.

The Congress is preparing to launch the list of candidates fighting the election, well in time for the 2022 elections. The party is hoping to turn around its dismal performance in the 2017 assembly elections where it managed to win only 7 seats in the 403-member assembly.