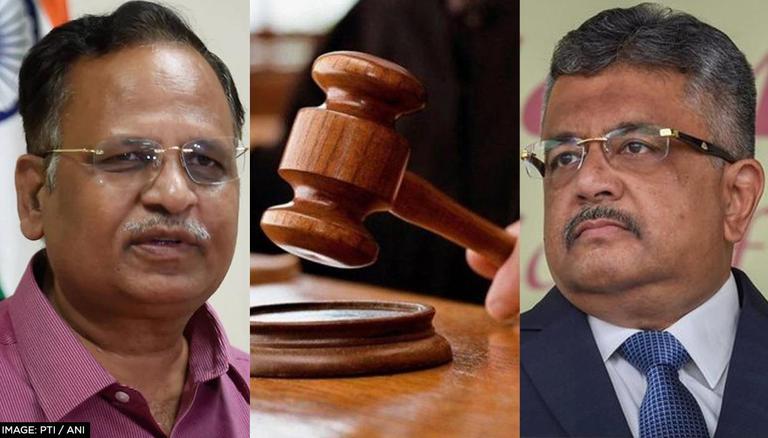 
Delhi's Rouse Avenue Court remanded Delhi Health Minister Satyendar Jain to the Enforcement Directorate's Custody for ten days in a five-year-old money laundering case on Tuesday. Special Judge Geetanjali Goel sent Jain to ED's custody till June 9 after he was picked up from his residence a day earlier, and interrogated by the investigative agency for hours at its office in the national capital's Janpath.

Need to find real or at least substantial trail of money: ED

In the hearing before the Special Judge, the Enforcement Directorate represented by Solicitor General Tushar Mehta moved an application seeking permission for a 14-day custody of Jain. Taking the court through the facts of the case, Mehta said, "The modus operandi is cash is given in Delhi... It would go through hawala operators through entry operations in Calcutta. Those entry operators would invest as equity in the companies....Clearly shell companies..."

Accommodation entries were layered and sent to Kolkata-based companies and the same was later sent to Jain's companies which used to then be used for buying agricultural land. Money to buy land was not given through cheque. Whereas it was mentioned in the deed. Later it was found that the checks were not cashed."

Underlining that Section 19 (Power to Arrest) of PMLA was not exercised outrightly, the Solicitor General representing the ED said, "Before that, we had called Jain, and sought information but he has remained evasive. He having remained evasive... I'm not reading all the grounds. The likelihood of tampering with witnesses or evidence cannot be ruled out till we find out the real trail or at least a substantial further trail of money, which so far he very evasively denied to the agency, and that's why require the custody."

Where is the evidence?: Satyendar Jain's lawyer

Senior Advocate N Hariharan then commenced submissions on behalf of Satyendar Jain. He submitted that Jain has been cooperating with the agency and that the submissions are a reproduction of the chargesheet registered in 2017. "What is the role of the applicant? One, if they are talking of period between 2016-17, that is the cheque period... obviously everything should relate to this period. It's not relating to this period now. Just by making bald allegations, that the money in cash went from him, where is the material against him? Where is the evidence? In fact, evidence is to the contrary."