Jaishankar shared a video of Gandhi at the Ideas for India Conclave, and expressed his agreement that Foreign Services in India have changed. 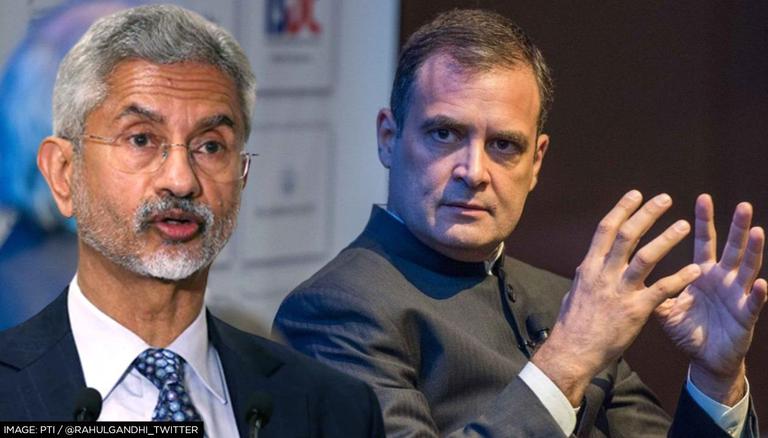 
The statements made by former Congress President Rahul Gandhi at the Idea for India conclave held in the United Kingdom recently, invoked the response of External Affairs Minister S Jaishankar on Saturday. Taking to the microblogging site, Twitter, Jaishankar shared a video of a suited-booted Gandhi. In the video, Gandhi can be heard claiming that the Indian Foreign Services have changed.

"I was talking to some bureaucrats from Europe and they said the IFS has completely changed and won’t listen to anything — they are arrogant. Now they just tell us what orders they are getting, there is no conversation; you can’t do that,” the Member of Indian Parliament from Wayanad said.

'Foreign Services in India has changed'

Jaishankar expressed his agreement to Gandhi that Foreign Services in India has changed. "Yes, they follow the orders of the Government. Yes, they counter the arguments of others. No, it's not called Arrogance. It is called Confidence. And it is called defending National Interest," the EAM wrote, in what was lauded by many as a 'befitting reply'.

Yes, they counter the arguments of others.

No, its not called Arrogance.

It is called Confidence.

And it is called defending National Interest. pic.twitter.com/eYynoKZDoW

Earlier, the Bharatiya Janata Party (BJP) had also condemned the statement made by Gandhi in the foreign land. Rahul Gandhi goes to the seminar of Cambridge University in London and tarnishes the image of the country. It has become a habit of Rahul Gandhi and Gandhi's family that while hating Modi Ji, they have started giving statements against Mother India," the national spokesperson of the saffron party Gaurav Bhatia had said during a press briefing.

"You can oppose BJP, it is a part of healthy politics. But if you say abusive words to our country, make baseless allegations, then not only BJP will strongly oppose it but the people of the country will also oppose it", he added.