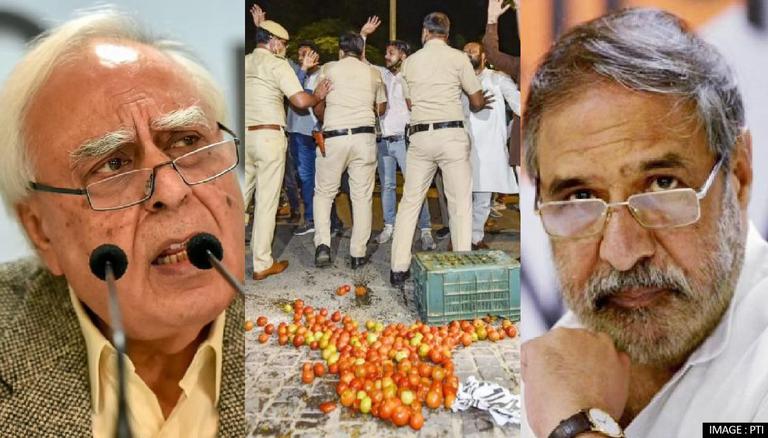 Shocked and disgusted to hear the news of attack and hooliganism at Kapil Sibal's house. This deplorable action brings disrepute to the party and needs to be strongly condemned.

On Wednesday, hours after Kapil Sibal raised questions over the functioning of the Congress, several Delhi Congress workers staged a protest outside his house. Carrying 'Get Well Soon Kapil Sibal' placards and raising slogans against Sibal, Delhi Pradesh Congress Committee (DPCC) workers protested outside his Jor Bagh residence, saying they were "hurt" by his remarks. The protesters raised slogans against Sibal asking him to "leave the party". Several leaders including Randeep Surjewala hit out at Sibal for what they said was questioning the leadership from which he had earlier "benefitted".

Amid the Punjab crisis, Kapil Sibal urged the Congress leadership to hold elections to the post of the Congress president, the CWC and the central election committee. "In our party at the moment there is no president. So we don't know who is taking these decisions. We know and yet we don't know," Sibal said adding, "One of my senior colleagues has written to the Congress president to immediately convene a CWC. So that at least some things that we can't speak publicly. We are G-23, not Ji-Huzoor 23". Rahul Gandhi has convened an emergency meeting to discuss the Punjab crisis and the G-23's demands.

23 senior Congress leaders sought 'structural changes', internal election to the CWC even at state levels, the formation of an Independent Election Authority, and institutional leadership mechanism, full-time leadership at the helm at the party.  The 23 signatories include Ghulam Nabi Azad, Anand Sharma, Kapil Sibal, Manish Tewari, Bhupinder Singh Hooda, Rajender Kaur Bhattal, M. Veerappa Moily, Prithviraj Chavan, P.J. Kurian, Ajay Singh, Renuka Chaudhary, and Milind Deora -  belonging from the Congress' 'old guard ' and the 'young guard' (i.e Rahul Gandhi supporters). The group held a set of rallies in Jammu, proclaiming that 'Congress had weakened'. In response, Congress quashed all dissent retaining Sonia Gandhi as chied and moved a resolution to not undermine the party or the Gandhis (Rahul and Sonia).