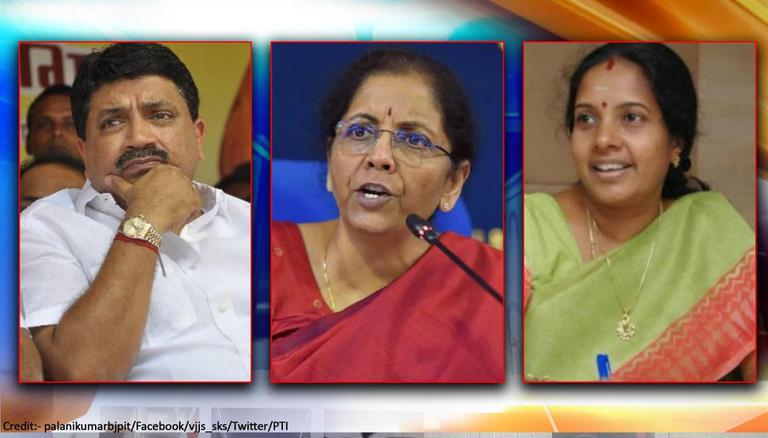 
After making a strong pitch for fiscal federalism, Tamil Nadu Finance Minister Palanivel Thiagarajan or more popularly referred to as PTR recently addressed the 43rd meeting of the Goods and Services Tax Council on May 29. The next day, however, he was faced with a plethora of allegations of being disrespectful to other states and leaders by the media.

PTR, while pointing out that with GST, there is a rise in the concentration of powers with the Centre, quoted the report of the 15th Finance Commission and opined the new system that is meant to boost GDP and formalisation of the economy has all but failed to yield productive results. The promises made during the introduction of the new tax system gains has also not materialised, he said.

PTS pushes for an additional vote for bigger states

The GST Council which has so far set aside a single vote for each state was quoted as being unfair by PTR. Votes must be cast for each state on the basis of population, he claimed.

The GST is the 101st Amendment to the Constitution, which gives the Council its approval and vote. PTR's argument that votes should be cast according to the population of the state can bring forth many administrative challenges, since that is where a state-level taxation system can be administered effectively.

Since there is no separate government at the district level, MP-constituency level, PTR's claim on having separate tax systems for each state falls flat.
According to his press briefing after the council meeting, PTR had claimed that the commission allowed the State Finance Ministers of smaller states to speak for more time and gave the bigger states, less time.

However, GST Councils are organised with a specific agenda on what matters need to be discussed and decided at each meeting. State Ministers can state their views, suggestions, objections and amendments on them. There is no restriction on whether one person can talk for more time and another for less time. The latest GST meeting, which went on for eight hours would have given ample time to all leaders with a reasonable point to state.

Palanivel Thiagarajan claimed that large states like Tamil Nadu give away a lot of tax money. Revenue from large production and output states including Tamil Nadu is given to smaller states. However, GST revenue is not about production as it depends on consumption and sale. This is the basis not only in India but in all countries of the world where GST is in force. For example,if a state produces 5,000 cars. Only 1,000 cars are for sale in Tamil Nadu and the remaining 4,000 cars are sold in other states. GST is a tax levied at the place of the final sale. Therefore the state with the highest consumption, there will be more tax returns.

A non-functioning organisation where an individual cannot express their opinion is called a 'rubber stamp council. So far 43 GST and Council meetings have been held. Various state finance ministers and other ministers have registered strong criticisms and protests on various issues. The Council has taken them into account and changed its views and direction. But PTR in his attempts to revolutionise the process has ended up disrespecting the forum and the government effectively, without offering any valuable suggestions.

BJP Minister Vanathi Srinivasan claimed that the behaviour of PTR in the GST council meeting was an insult to our democracy and tarnishes the image of our great state. Verbally abusing Goa’s transport minister does nothing to advance TN’s interests, 'he should apologise,' she said.