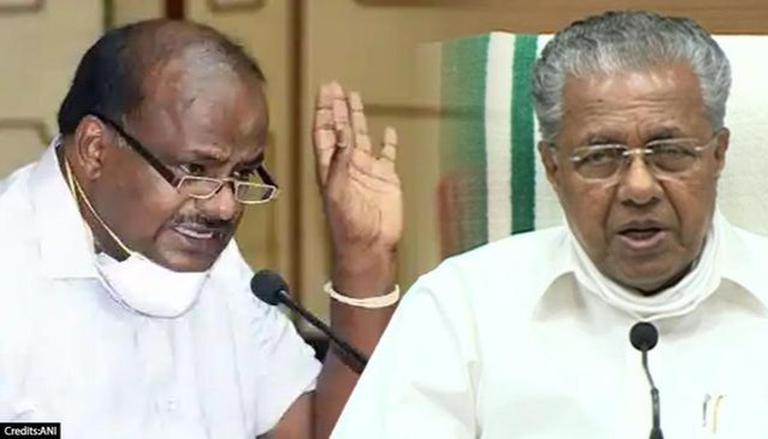 
Former Karnataka CM and Janata Dal (S) leader HD Kumaraswamy on Monday wrote a letter to Kerala CM Pinarayi Vijayan requesting him to halt the process of renaming some villages in Manjeshwar of Kasaragod district, which have Kannada names, to Malayalam 'in the name of linguistic harmony and cultural co-existence'.

HD Kumaraswamy in his letter wrote, "Kasaragod, although part of Kerala, has had a seamless affinity with Karnataka for decades, and people in the area have always been accommodative of each other's linguistic heritage. It would be wonderful to continue this tradition."

"There is an argument that the name change may not affect the meaning, but to allow the village names to retain the original Kanadda flavour would be greatly appreciated," added HD Kumaraswamy in his letter.

On Sunday, H D Kumaraswamy in a series of tweets objected to the Kerala government's decision. Taking to Twitter, Kumaraswamy said, "It has come to my notice that the Kerala government has begun the process of changing the Kannada names of some of its villages in Manjeshwara of Kasaragod district into Malayalam. Before Kerala takes up such a process of changing the names, I want to bring certain issues to its notice. Kasaragod is a place that has close ties with Karnataka. Kannadigas, as well as Karnataka, have cultural bonding with the people of Kasaragod."

Meanwhile, the Kerala government on Monday denied reports that it was mulling to change names of certain places in Kasaragod district bordering Karnataka from Kannada to Malayalam. Minister for Local Self-government M V Govindan Master's office denied the reports and said the Kerala government has not taken any step to change the names of any place in Kasaragod district. Manjeshwaram MLA A K M Ashraf too said there was no move to change the names of the places as reported by PTI.