Weighing in on Navjot Singh Sidhu's resignation as the Punjab Congress president, Amarinder Singh asserted that he had warned of his whimsical attitude before. 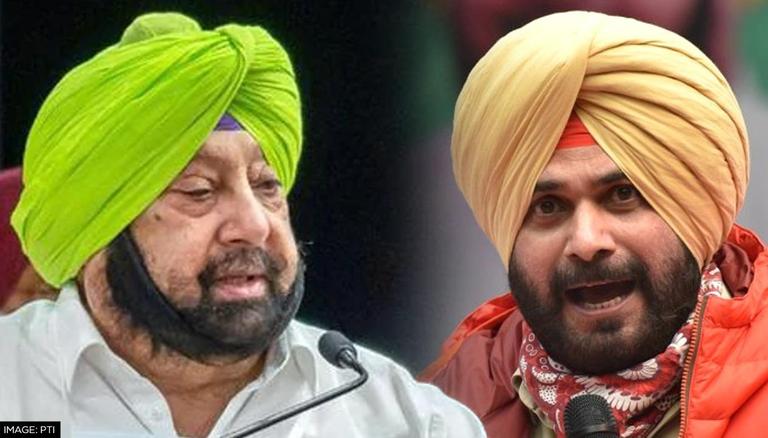 
Weighing in on Navjot Singh Sidhu's resignation as the Punjab Congress president, former CM Amarinder Singh asserted that he had warned of his whimsical attitude before. In his resignation letter addressed to Congress president Sonia Gandhi, Sidhu wrote, "The collapse of a man's character stems from the compromise corner. I can never compromise on Punjab's future and the agenda for the welfare of Punjab". At the same time, he affirmed that he will continue working for the Congress party.

However, Singh reiterated his assertion that Sidhu was not capable enough to handle the border state of Punjab. This shocking development comes even as the former Punjab CM is en route Delhi amid speculation that he is scheduled to meet Union Home Minister Amit Shah and BJP president JP Nadda. The former swashbuckling batsman stoked a row while attending the swearing-in ceremony of his "friend" Imran Khan in Islamabad on August 18, 2018, when he hugged Pakistan Army chief Qamar Bajwa.

I told you so…he is not a stable man and not fit for the border state of punjab.

Amarinder comes down heavily on Sidhu

Amid the infighting between Amarinder Singh and Navjot Singh Sidhu, the situation escalated after Congress summoned a Legislative Party meeting at 5 pm on September 18 without keeping the Punjab CM in the loop. Amid growing speculation that Singh will be ousted, the latter tendered his resignation to Punjab Governor Banwarilal Purohit at about 4.30 pm on the same day owing to "humiliation". Speaking exclusively to Republic Media Network's Editor-in-Chief Arnab Goswami, he replied in the affirmative when asked whether Sidhu is getting support from Pakistan.

Amarinder Singh remarked, "I do believe so, I've said it from day 1 that he went. He's a friend of Imran Khan, I said to not go, I was CM, he didn't listen. Then, he hugged Bajwa. Then he takes credit for Kartarpur. I asked why he hugged Bajwa when daily my Jawans were being killed at the border. He doesn't care, he's only interested in himself and his contacts in Pakistan."