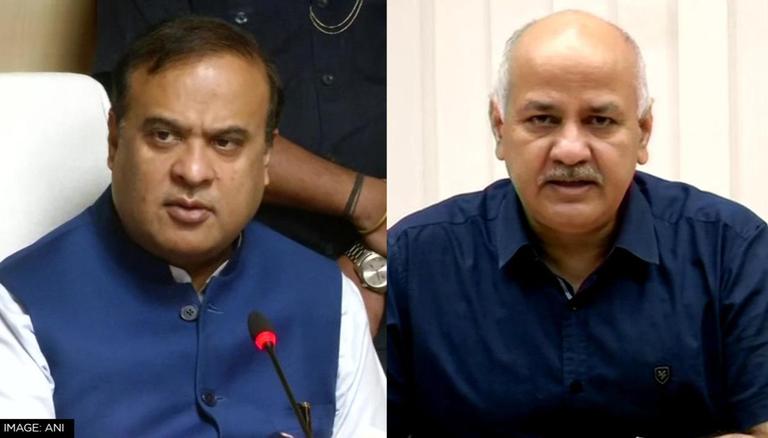 
The war of words between Assam Chief Minister Himanta Biswa Sarma and Delhi Deputy CM Manish Sisodia continued on Sunday, with Sarma threatening to file a defamation case against the AAP leader for accusing him of corruption.

Responding to Sisodia's allegations over PPE kit supply, the Assam CM tweeted, “The company in question had written to Assam’s National Health Mission (NHM), stating that supply of around 1,500 PPE kits for COVID warriors must be treated as CSR contribution and hence not a single rupee must be paid by the government. Assam NHM duly acknowledged the same.”

He further said, "Manish Bhai, this is not corruption, it’s humanity. My wife hasn’t committed a crime, she tried to help Assam at the time of its biggest crisis. Throwing muck at others will not be accepted. You will face legal consequences."

The company in question wrote to Assam’s NHM stating that supply of around 1,500 PPE kits for Covid warriors must be treated as CSR contribution and hence not a single rupee must be paid by Govt. pic.twitter.com/HnFbs5ZbPy

On Friday, the BJP Minister shared a photo of the Appreciation Letter issued by the NHM expressing gratitude to JCB industries for donating PPEs and helping the government fight the pandemic.

In the tweets that followed, Sarma reminded Sisodia of how he acted at the time of crisis and avoided multiple calls for the help of an Assamese stuck in Delhi.

Going on to suggest his AAP counterpart stop 'sermonising', Sarma wrote, "I will see you soon in Guwahati as you will face criminal defamation."

Riniki Bhuyan Sarma, wife of Bharatiya Janata Pary (BJP) leader and Assam Chief Minister Himanta Biswa Sarma, issued a statement on Saturday. Taking to Twitter, Riniki called the accusation made with regards to the supply of Personal Protection Equipment (PPE) kits by her company JCB Equipments to the National Health Mission as 'unfounded'.

"In the first week of the pandemic, not a single PPE kit was available in Assam. Taking cognizance of the same, I reached out to a business acquaintance and delivered around 1500 PPE kits to the NHM (National Health Mission) with a lot of effort. Later on, I wrote to the NHM to treat the same as a part of my CSR," she said, enclosing a snip of the Appreciation Letter issued by the Office of the Mission Director, National Health Mission, Assam, to JCP Industries.

'Is Kejriwal corrupt too?': Sarma takes dig at AAP leader

Sarma also questioned if Manish Sisodia thinks that Delhi CM Arvind Kejriwal was corrupt since he also asked someone to arrange PPE kits immediately when the city was facing its shortage in 2020.

Does his Deputy CM think the CM is corrupt as he asked someone to arrange PPE kits from somewhere immediately, and said that Delhi Govt will buy them? No reference to any tender etc. https://t.co/eBBO8wpj0Z