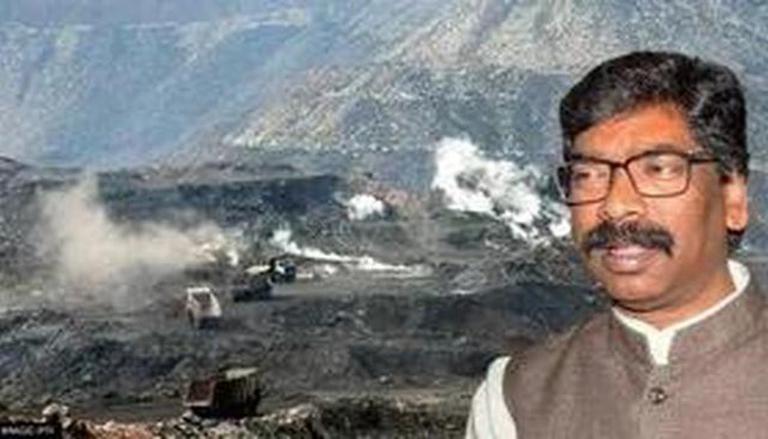 
In a key development, Jharkhand Chief Minister Hemant Soren has been asked to appear before the Election Commission on May 31 over his mining lease ownership. Hemant Soren filed his reply to ECI on the office of profit matter on Friday pertaining to the allotment of the stone mine lease in favour of CM in the Angara block of Ranchi.

The poll panel had given a notice to Soren seeking his stand on the charge that he issued a mining lease in the state in his favour, and after going through Soren's response over the same, the poll panel has asked him to appear before it either personally or through his counsel on May 31.

CM Soren's reply counters the claims of violation of section 9A of the RP Act by any means and has further requested the ECI to not entertain the complaint. More details on his response are awaited from the officials in the chief minister’s office. Meanwhile, it is further learned that a requirement for more than one personal hearing will depend on the outcome of the May 31 proceedings.

The EC would turn into a quasi-judicial body and hear the case, meaning the commission would hear him or his lawyers before taking the next step. And then the EC's opinion will be sent to the governor.

It is pertinent to mention here that Hemant Soren also holds the Mining and Environment portfolios in the state. Election Commission sent him a notice on May 2 over a mining lease granted in his name in alleged violation of Section 9A of the Representation of Peoples’ Act 1951.

It is noted that the disqualification of a lawmaker for a government contract comes under Section 9A of the Representation of the People Act.

Considering the provision, the notice has been issued which reads -

"A person shall be disqualified if, and for so long as, there subsists a contract entered into by him in the course of his trade or business with the appropriate government for the supply of goods to, or for the execution of any works undertaken by, that government," reads the section. The commission, prima facie, has found he violated provisions of Section 9A

Earlier on May 6, the ED conducted massive searches and seizure operations at multiple premises, including that of Jharkhand mining secretary Pooja Singhal, in connection with a money-laundering probe linked to alleged embezzlement of over Rs 18 crore MGNREGA funds in Khunti district of the state during 2008-11.

As per reports, more than 18 locations across Jharkhand, Delhi, Mumbai, Haryana, and Uttar Pradesh were searched. ED also searched the residences of several senior officers in the Jharkhand government.