KSRTC 'tug-of-war': Karnataka Says It Hasn't Got Notice Of Award To Kerala; Vows To Use

Two days after the Kerala govt claimed victory over the use of the acronym 'KSRTC' for its state transport service, its Karnataka counterpart rubbished reports 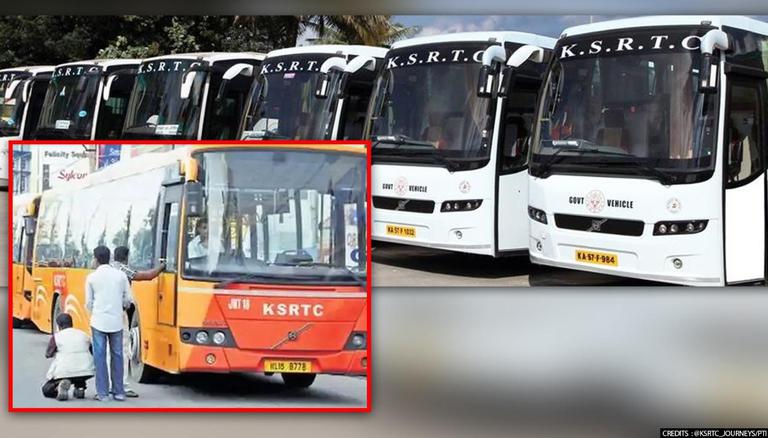 
Two days after the Kerala government claimed victory over the use of the acronym 'KSRTC' for its state transport service, its Karnataka counterpart rubbished reports of it as fake and claimed that they had received no such orders from the Central trade Mark Registry. Kerala was granted legal rights to its trademark acronym and logo on June 3 by the Controller General of Patents Designs and Trade Marks, which is part of the Ministry of Commerce and Industry. Issuing a statement on Saturday, KSRTC (Karnataka) Managing Director Shivayogi C Kalasad claimed that reports of the Central Trade Mark Registry granting the rights of the use of the acronym to Kerala was completely incorrect and that no final orders had been passed in the legal appeals.

Noting that there was no 'legal prohibition' on the use of the acronym 'KSRTC' by Karnataka, Shivayogi C Kalasad said that a suitable reply would be given by the state if a notice was issued barring them from using the name. He further said that they were consulting their legal team in order to protect their rights.

The Kerala Road Transport Corporation has obtained legal rights to its trademarks, the acronym KSRTC, the logo of two elephants, and the word 'Ana Vandi', connected with the state-run transport corporation after a long judicial battle over intellectual property rights. Kerala's claim was granted on Wednesday, June 3, by the Controller General of Patents Designs and Trade Marks, which is part of the Ministry of Commerce and Industry.

KSRTC (Kerala) shall be the sole custodian of the trademarks as a result of the registration. KSRTC with the mark to show the registration (R) will be displayed on all buses of the corporation. Karnataka Dy CM & Transport Minister LS Savadi had earlier said on Thursday that "no difference b/w Karnataka-Kerala Transport. As per reports, the trademark registry has now ruled that Karnataka shouldn't use KSRTC as Kerala used the word before. Once we get an official verdict, we'll decide on a legal fight."

For the past seven years, the Kerala RTC and the Karnataka State Transport Corporation have been battling over the term "KSRTC." KSRTC is still used by both RTCs' buses and websites. The battle over ‘KSRTC' began in 2014 when Karnataka RTC applied for trademark registration. Kerala was jolted awake by legal notice from the Karnataka RTC, which compelled it to expedite the process of obtaining control of the trademark properties.