Stoking a controversy, senior Congress leader Mani Shankar Aiyar claimed that BJP doesn't consider non-Hindus as Indians and can throw them out at any time. 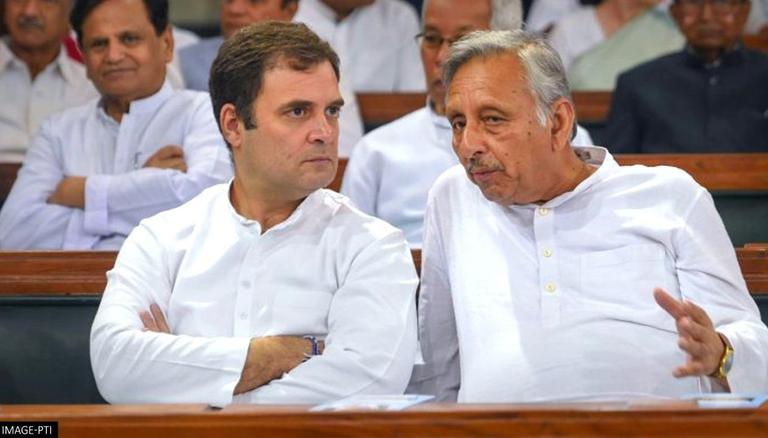 
Stoking a controversy, senior Congress leader Mani Shankar Aiyar claimed that BJP doesn't consider non-Hindus as Indians and can throw them out at any time. Addressing an event on November 14 to mark the 132nd birth anniversary of India's first PM Jawaharlal Nehru, he asserted that only the latter understood the diversity of India. He also backed former Congress president Rahul Gandhi who opined that Hindutva is about beating a Sikh or a Muslim. On this occasion, he also lashed out at the saffron party for castigating the Mughal rule.

Mani Shankar Aiyar remarked, "Rahul Ji said that there is a difference between the Hindu religion and Hindutva. I want to add that the difference is that those who believe in Hinduism, we are 100% Indian. We consider all people in this country as Indian".

"There are few people who are currently in power who say that 80% Indians who follow the Hindu religion are the real Indians and the others are non-Indian. They are staying in our country like guests. And we will throw them out of the country whenever we want to. And their duty is to follow the same path which we are treading. No one else other than Jawaharlal Nehru understood the diversity of India," he added.

Eulogizing the Mughal rule in India while defending Indian Muslims, the former Union Minister opined, "Muslim sultans, kings and emperors occupied the Delhi throne for 666 years. After that, how many Muslims and Hindus were left in this country? The numbers are very clear in the last 100-125 years. The British conducted the first census in 1872. After ruling for 666 years. the proportion of Muslims in the country was about 24% while Hindus constituted 72%. And these people say that there was violence, all girls were raped and they converted everyone to Islam. If this was true, 72% should have been Muslim and 24% Hindus.

Aiyar elaborated, "That's why Jinnah had only one demand before demanding partition and give 30% reservation to Muslims in the Central Assembly. He did not say that give us 80 or 90 percent (reservation). This was rejected as they were only 26%. India is the only country in the world where the country did not become an Islamic nation despite Muslims coming here."

A day ahead of PM Modi inaugurating a world-class station in Madhya Pradesh which has been renamed Rani Kamlapati from Habibganj, Mani Shankar Aiyar mocked the politics of name change. He said, "The road on which I would live when I was a Minister was Akbar Road. The Congress office is also on Akbar Road. We have no objection. We don't say that 'we are Congress. How can we live on Akbar Road? You change it to Maharana Pratap Road'. Because we consider Akbar as our own". Aiyar was suspended from Congress between December 2017 to August 2018 for making derogatory remarks against PM Modi.