Mehbooba Mufti alleged that Kashmir's "brightest young minds" who were pursuing MBBS in Delhi were "targeted and slapped with anti-terror laws." 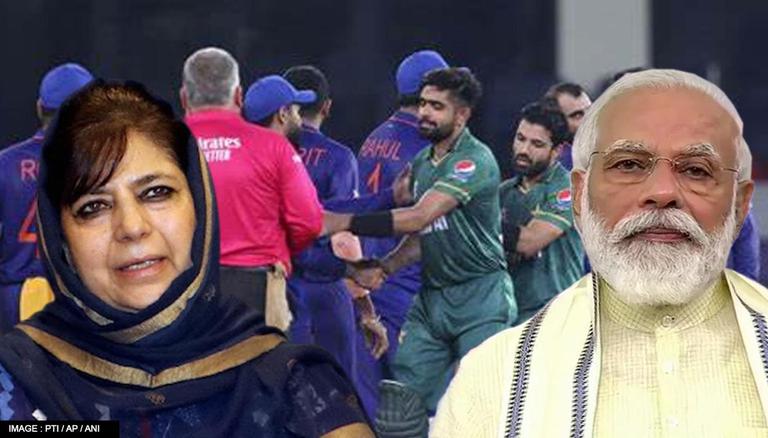 
People's Democratic Party (PDP) president Mehbooba Mufti wrote to Prime Minister Narendra Modi on Saturday seeking the immediate release of Kashmiri students who were arrested from a college in Agra for allegedly posting a WhatsApp status praising Pakistan players after their victory against India in the recent T20 World Cup cricket match.

"A friendly cricket match between India and Pakistan that was solely a source of entertainment for people here bruised by incessant lockdown, internet gag and restriction of the movement led to the booking of youngsters under the draconian UAPA for simply choose to cheer the winning side," she wrote in her letter.

The former J&K Chief Minister further alleged that Kashmir's "brightest young minds" who were pursuing MBBS in Delhi were "targeted and slapped with anti-terror laws." She claimed that the three students were arrested and charged with sedition even though the college has admitted that they "did not engage in any activity that might be constructed as anti-national."

Mehnoona Mufti opined that such punitive actions laced with contempt will only further the sense of mistrust and alienation between the younger generation and the rest of the country.

Ive written to the Prime Minister about the recent arrest of Kashmiri students in Agra on charges of sedition. Hope he intervenes so that they are released soon. @PMOIndia pic.twitter.com/vfv2Wc5HCc

Calling on the government to engage with the youth and understand their aspirations, Mufti requested PM Modi to intervene in the matter of their arrest.

The students of Raja Balwant Singh Management Technical Campus in Uttar Pradesh's Agra were arrested on Wednesday evening following an FIR lodged against them at the Jagdishpura police station.

"Crackdown on Kashmiri students both within J&K and outside is reprehensible. The situation in J&K after two years of suppression should've been an eye-opener for GOI and lead to course correction. BJP's pseudo patriotism disregards the idea of India. Release these students immediately," the PDP president has tweeted in reaction to their arrest.