In yet another blow for Makkal Needhi Maiam (MNM) and Kamal Haasan, CK Kumaravel announced his decision to quit the party on Thursday, saying 'no hero worship' 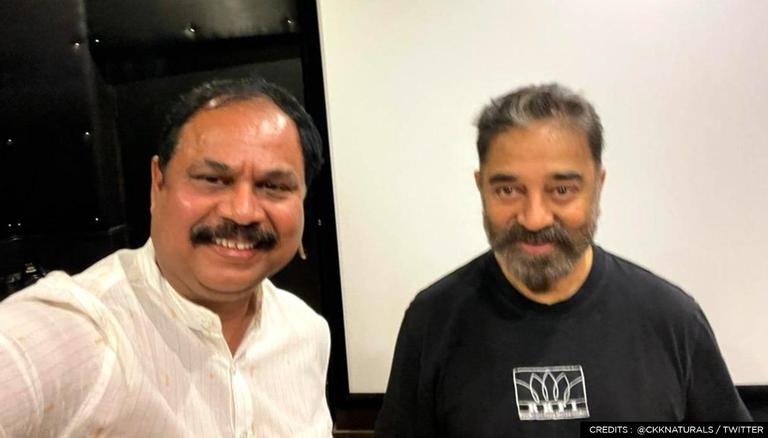 
In yet another blow for Makkal Needhi Maiam (MNM) and Kamal Haasan, CK Kumaravel announced his decision to quit the party on Thursday, taking a dig at the actor-turned-politician by remarking 'no hero worship'. CK Kumaravewl becomes the fifth well-known MNM leader to quit the outfit over the last two weeks after the party drew a blank in the recently concluded Tamil Nadu Assembly elections, with its chief Kamal Haasan losing to BJP's Vanathi Srinivasan from the Coimbatore South constituency. In his parting note to MNM's president Kamal Haasan, CK Kumaravel stated that he wanted to thrive in secular democratic politics and that they had come together to form a party to create history but were reading history instead.

On Wednesday, another MNM General Secretary Muruganandam exited the party citing Kamal Haasan's autocratic approach in heading the party. Muruganandam met reporters in Trichy on Wednesday, where he was quoted saying, 'When I joined the party I was given the freedom to carry out my duties with full capacity, the party flourished because of its democracy, due to which I was able to work with good conscience for the party and serve the public. However, over the past few months, the 'abject dictatorship' within the party has effectively ended the once pioneering democratic spirit,' he said. The leader of the party forgot that Makkal Needhi Maiam is our party and that it belongs to us all. He was often heard saying that it was his party, he added.

Weeks earlier, Makkal Needhi Main (MNM) vice president Dr Mahendran had resigned from the party's primary membership as he saw 'no hope for any change in the attitude or approach' of party president Kamal Haasan with regards to the functioning of the outfit. Announcing his decision to quit MNM, Mahendran had stated that Haasan he knew would always give preference to the party ideology and would stand shoulder-to-shoulder with the cadre and hoped that Kamal Haasan 'regains & retains' the leadership qualities that he had once displayed. Explaining the rationale behind his resignation, the former MNM vice president had noted that he had worked vigorously with Kamal Haasan during the 'good old days' between April 2018 to September 2019 to make the party election ready and claimed that there was a decline in Kamal Haasan's 'tenacity of purpose'.

Hours after MNM vice president R Mahendran quit the party in the wake of the Tamil Nadu election debacle, Kamal Haasan attempted damage control. MNM supremo Kamal Haasan stated, "His only achievement is ensuring that those who had true intentions of working for the party got nowhere in the party structure. It is a well-known fact that the doors of the Makkal Needhi Maiam party are always open for those who lack honesty and talent. He tries to cover up his lack of honesty, acumen and his failures by blaming it on others and tries to gain sympathy. He tried to pre-empt his removal by resigning. Just like you, I am happy that a weed removed itself. It will be ascendancy for our party henceforth."

DMK denied AIADMK the opportunity to return to power for the third consecutive term and comfortably swept the recently concluded Assembly polls, ensuring its return to power after ten years. While DMK won 133 seats in the 234-seat Assembly, its allies Congress, VCK, CPI, CPIM emerged victorious in 18, 3 and two seats respectively. AIADMK, the 'big brother' of the NDA alliance, managed to win just 66 seats while its allies BJP and PMK won four and five seats respectively. In the past, the DMK had been the ruling party five times, during 2006-11, 1996-2001, 1989-91, 1971-76, and 1967-71. Earlier on Tuesday the MNM chief met MK Stalin at his residence and congratulated him on DMK’s victory in the assembly elections. Kamal Haasan also congratulated Udhayanidhi Stalin, who won from Chepauk-Tiruvallikeni constituency in Chennai.