Setting yet another deadline for the 'fall' of the Maharashtra govt, Union Minister Narayan Rane on Thursday, claimed that the coalition will fall by March 2022 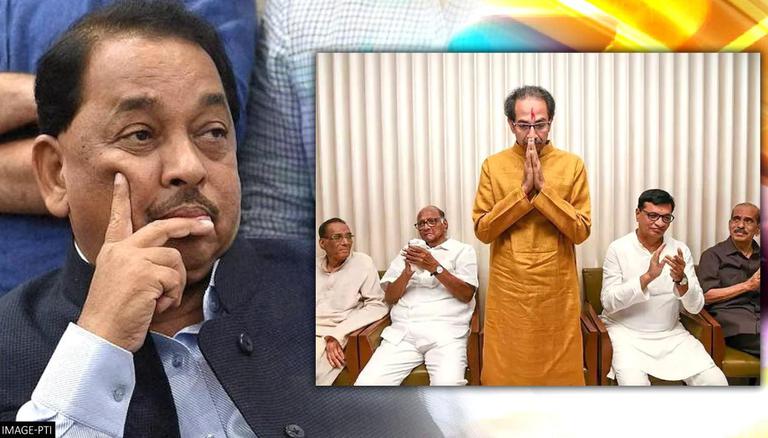 
Setting yet another deadline for the 'fall' of the Maharashtra govt, Union Minister Narayan Rane on Thursday, claimed that the coalition will fall by March 2022. Stating that some things are meant to be kept secret, he claimed that he will not talk more about it as CM Uddhav Thackeray was unwell. The 61-year-old Shiv Sena Supremo recently underwent minor surgery for his spine and is recuperating at home.

"Change will be seen in Maharashtra very soon. The change will be seen by March. Took form a government, to break a govt, some things have to be kept secret. Uddhav Thackeray is unwell, so our party president Chandrakant Patil has told us not to talk about him now. But the three-party Maha Vikas Aghadi govt will not be surviving for long in Maharashtra," said Rane. Recently, BJP national secretary Pankaja Munde had advised both the Opposition and the ruling parties in Maharashtra to concentrate on their respective roles and stop the vicious cycle of 'govt will fall' and 'govt is strong'.

Uddhav Thackeray is unwell, so I don't want to talk about him... But the three-party Maha Vikas Aghadi govt will not be surviving for long in Maharashtra: Union Minister Narayan Rane (25.11) pic.twitter.com/Sm2W6ClCAn

In October, at the first face-to-face meeting, Thackeray and Rane, took potshots at each other at the Chipi airport inauguration in Sidhudurg. Rane, who quit Shiv Sena over differences with Uddhav Thackeray, took entire credit for developing Sindhudurg. In retaliation, Thackeray rebuked Rane for politicising an auspicious event terming him as a 'black mark' to ward off evil eyes. Weeks ago, Rane was arrested by Maharashtra police after he claimed that 'he would have slapped Uddhav', which the govt deemed 'derogatory'.

Rane said, "By Saheb's blessings, I became Chief Minister. This district which used to get 90 lakhs, was allocated Rs 100 crores when I was CM. The reason for this infrastructure is Narayan Rane, no one can come close to it." Responding to Rane's jibes, Thackeray said, "Today is an auspicious day and politicians from all parties are here. But so that no evil eye is cast on this event, certain people are here to put black marks".

Prior to the 2019 Maharashtra state polls, Shiv Sena had reiterated that it will accept only the 50:50 formula, while BJP denied ever having agreed to such a formula. It allegedly offered 13 cabinet portfolios to Sena while keeping 26 for its ministers. Apart from Sena's portfolio demand, the party had demanded a sharing of 2.5 years in the CM post too; this too was  refused by Devendra Fadnavis, stating, 'The next govt will be formed under a BJP CM.' With no respite to the deadlock, Sena allied with NCP-Congress to form the Maha Vikas Aghadi alliance - ushering Uddhav Thackeray's maiden CM term on November 28, 2019. Since then BJP has set multiple deadlines for the MVA govt to fall, while the three parties have maintained that the govt is strong.