Coming to his aide Pargat Singh's defence, Congress leader Navjot Sidhu claimed that anyone who spoke the "truth" become an enemy for Punjab CM Amarinder Singh. 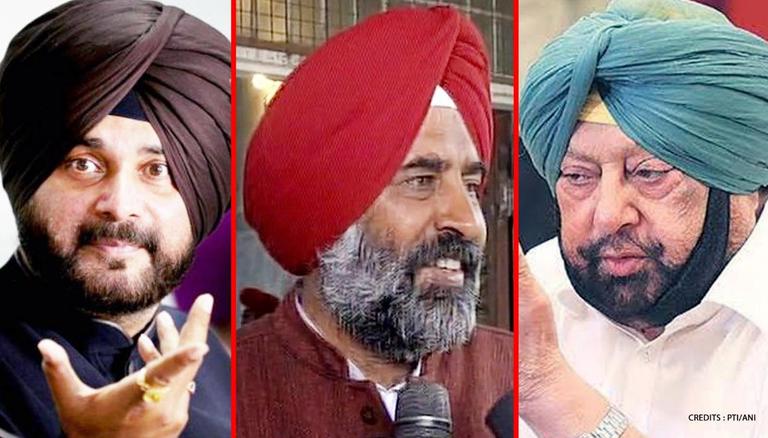 
Coming to his aide Pargat Singh's defence, Congress leader Navjot Sidhu claimed that anyone who spoke the "truth" had become an enemy for Punjab CM Amarinder Singh. Addressing a press briefing on Monday, the Jalandhar Cantonment MLA revealed that he had threatened with a police case. According to the former Indian Hockey team captain, the CM had conveyed the message through his political secretary Captain Sandeep Sandhu that he should be ready to face action.

Pargat Singh was among those who participated in a recent meeting of MLAs and Ministers to pressurize the Chief Minister to act against the perpetrators of sacrilege and police firing cases. Reacting to this development a day earlier, Sidhu stressed that raising issues of the people was the constitutional right of elected representatives which would lead to the strengthening of Congress. Moreover, he dubbed the Punjab CM's purported threat as a sign of his "insecurity".

Ministers, MLAs & MPs raising People’s Issues are strengthening the Party, fulfilling their Democratic Duty & exercising their Constitutional Right... But everyone who speaks the truth becomes your enemy. Thus, you threaten your party colleagues, exhibiting your fear & insecurity pic.twitter.com/fiq5klvDWO

The rift between Sidhu & CM widens

After winning the Amritsar East seat on a Congress ticket in the 2017 Punjab Assembly polls by a margin of 42,809 votes, Sidhu was inducted into the Cabinet. However, a series of events led to the ex-swashbuckling batsman tendering his resignation from the Cabinet in July 2019. These include the Punjab CM openly slamming Sidhu for his 2018 visit to Pakistan where he hugged Army Chief Qamar Javed Bajwa, losing key portfolios and denial of ticket to Navjot Kaur Sidhu in the 2019 General Election.

While the former cricketer continues to be an MLA, he has maintained a distance from party activities. Though Singh and Sidhu attempted to resolve their differences over tea on March 17, 2021, a positive outcome proved to be elusive. The relationship took a turn for the worse after the Punjab & Haryana HC quashed the SIT probe into the firing cases on April 9. Breaking his silence on Sidhu's attacks, Singh on April 27 dared him to contest from Patiala in the 2022 polls and predicted that he will lose his deposit.

Moreover, he contended that the cricketer-turned-politician wanted to join some other party. Ruling out the possibility of replacing Sunil Jakhar as the Punjab Congress president, the CM asserted that he would oppose the suggestion of giving the top post to Sidhu. Additionally, he also dismissed the claim of the ex-BJP MP on the Deputy CM's position. Meanwhile, the cricketer-turned-politician has dared Amarinder Singh to take action amid speculation that the Punjab Vigilance Bureau is investigating some allegations against him and his aides.