NCPCR on Monday took cognizance of the Congress event where Karnataka leader DK Shivakumar was seen flouting COVID-19 norms in the presence of children. 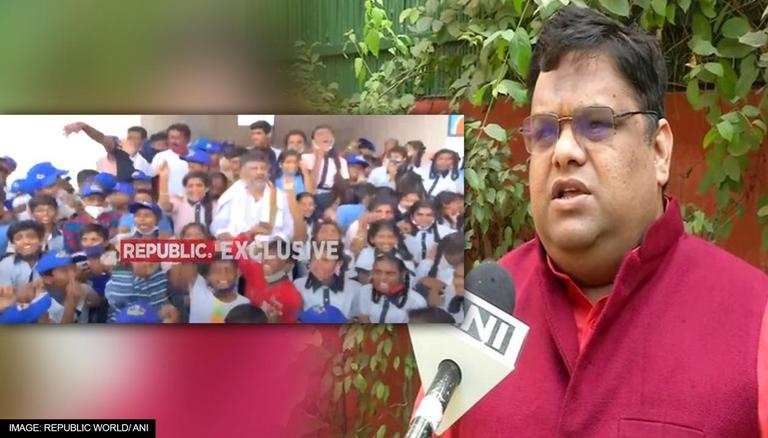 
In what can be termed as a big Republic impact, the National Commission for Protection of Child Rights (NCPCR) on Monday took cognizance of the Congress event where Karnataka leader DK Shivakumar was seen flouting COVID norms in the presence of children. NCPCR Chairperson Priyank Kanoongo has written to Karnataka DGP Praveen Sood asking him to investigate Shivakumar's visit to the school and file a report in a week.

Earlier today, Republic had accessed shocking visuals of how the Congress leader was seen putting the lives of children at risk, seated beside dozens of kids packed together without masks. The visuals came just a day after Karnataka CM Basavaraj Bommai assured that action will be taken against the state Congress chief for flouting COVID-19 norms after he refused to undergo an RT-PCR test despite reportedly showing Coronavirus symptoms.

While refusing to give his sample, Shivakumar was heard saying, "I am fit and fine. You can't compel me (to give my sample). I know the law of this land. Tell your Home Minister I am perfect". Retorting to this, the Karnataka CM said, "That shows his culture. We are concerned about his health. He is only concerned about politics. And the way in which he has criticised our Health Minister and Home Minister, it is unbecoming of a leader".

On the other hand, the Congress party has been lashing out at the BJP for manipulating and faking COVID-19 numbers. DK Shivakumar has alleged that all this was being done in an attempt to prevent Congress from holding their Padayatra. The Congress party's Padayatra has been flagged off from Sangam in Ramanagara district and will cover 60 Assembly constituencies eventually culminating at a massive rally in Bengaluru on January 19. It is being held to demand the immediate implementation of the Mekedatu project, which entails the construction of a reservoir on the Cauvery river.

"Where is COVID? There is no COVID. The government has been manipulating the numbers (COVID-19 cases) to create a scare among the public and scuttle our Padayatra. The ruling BJP fears our Padayatra will expose its lack of commitment to addressing the drinking water issues. Isn’t BJP playing politics by imposing a curfew?"

#BREAKING | Video of Karnataka Congress event shows dozens of children packed together without masks with DK Shivakumar at the centre; Tune in to watch #LIVE here - https://t.co/3AdouRdizw pic.twitter.com/gcnDbO5n2c