#PMSecurityBreach | Punjab CM Channi Admits He Knew Of Agitators On PM Modi's Route; 'Regret He Had To Return'

Punjab CM Channi has talked about the shocking security lapse in a press briefing. He admitted that he learnt about the protesters at the site, last night. 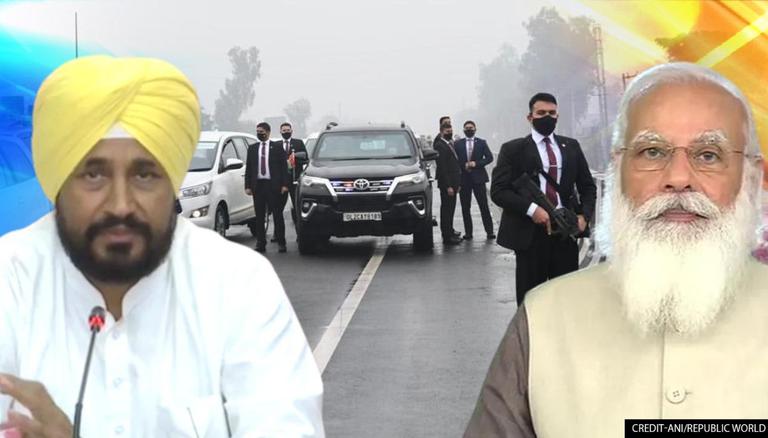 
In a massive controversy ahead of the Punjab polls on Wednesday, PM Modi skipped his Ferozepur rally as his security was compromised after he arrived in the state. A major lapse was observed in the PM's security around 30km from the destination as his convoy was stuck for 15-20 minutes due to a road blockade. Punjab Chief Minister Charanjit Singh Channi has talked about the shocking security lapse in a press briefing. CM Channi admitted that he learnt about the protesters who were seen atop the flyover, last night.

CM Channi said, "PM was to do a political rally. We regret he had to return midway. It is our responsibility to greet the PM of the country. As per the earlier schedule, I was to receive PM Modi at Bhatinda airport and I had to attend the meeting and then he was to address the rally. However, yesterday our Principal secretary tested COVID positive, that's why I could not go to receive the Prime Minister."

Channi further claimed that he assured the Home Minister as he knew about the protesters last night. He said, "We tried hard to convince the protesters. I also called the Home Minister and informed him about the protestors on the road. We removed them at night and the road started operating smoothly. As per the programme, we were instructed that he will reach there by air. The decision to travel by road was taken at the very moment. There is no security lapse. The protestors were doing non-violent protest and there was no danger to PM Modi's life. Politics is being done now by saying that there was a security lapse. Punjab government is capable."

Punjab minister and Congress leader Dr Raj Kumar Verka stated that there were no shortcomings in the security arrangements during PM Modi's visit. Notably, his remarks come even as Punjab's Deputy Chief Minister Sukhjinder Singh Randhawa admitted to a major lapse in the security of Prime Minister Narendra Modi saying that an 'alternative route' for him was supposed to be designated for his smooth passage but was not put in place.

Punjab's Dy CM Sukhjinder Singh Randhawa told Republic TV that everyone was aware that the PM was supposed to be going via road and a security meeting was also organised between the SPG, Punjab Police, and Union Minister Gajendra Singh Shekhawat. However, he admitted that no contingency plan was put in place by the Punjab Government, as was supposed to be the protocol.

Furthermore, a Delhi-based lawyer has requested an NIA probe into the matter. "The incident is of a very serious nature and it’s an utter shame for the Nation and needs investigation and scrutiny in a comprehensive manner by National Investing Agency," he has said in his request to Director General, NIA.