Punjab Deputy Chief Minister Sukhjinder Singh Randhawa has attacked the Centre after it empowered the BSF to extend their area of jurisdiction in the state. 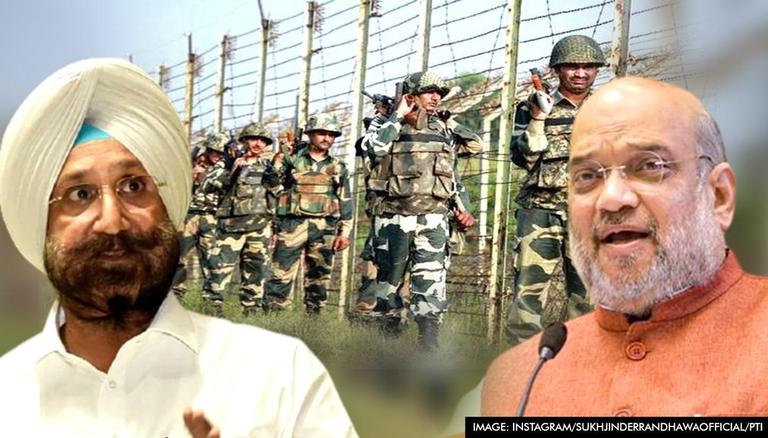 
Punjab Deputy Chief Minister Sukhjinder Singh Randhawa has attacked the Centre after it empowered the Border Security Force (BSF) to extend their area of jurisdiction in the state. Randhawa said that the reasons to unilaterally change the existing arrangements by the Government of India with regards to the BSF cannot be justified.

The Punjab Deputy CM alleged that the decision has been taken to weaken the State Government and the spirit of federalism. Further hitting out at the Centre, Sukhjinder Singh Randhawa claimed that it did not consult the state governments and is therefore attempting to distort the federal structure of the Constitution.

There are no justifiable reasons for unilaterally changing the existing arrangements by the Government of India, except to weaken the State Government and the spirit of federalism: Punjab Dy CM Sukhjinder Singh Randhawa on Centre extending BSF jurisdiction in the state (13.10) pic.twitter.com/CRV4EDrXyN

By conferring powers of police officers upon BSF (Border Security Force) officers without consulting State Govts or obtaining their concurrence, the Centre is attempting to distort the federal structure of the Constitution: Punjab Deputy CM Sukhjinder Singh Randhawa (13.10) pic.twitter.com/Oj4HPyAOxI

Punjab Chief Minister Charanjit Singh Channi also attacked the Centre and condemned its decision to give additional powers to BSF. Channi opined that the move is a direct attack on federalism and has urged Union Home Minister Amit Shah to reconsider the 'irrational decision'.

I strongly condemn the GoI's unilateral decision to give additional powers to BSF within 50 KM belt running along the international borders, which is a direct attack on the federalism. I urge the Union Home Minister @AmitShah to immediately rollback this irrational decision.

BSF's jurisdiction along borders in Assam, Bengal and Punjab extended

In a big move against terror activities and inter-border crimes, the Ministry of Home Affairs (MHA) on Wednesday allowed the Border Security Forces (BSF) in West Bengal, Punjab, and Assam to extend their area of jurisdiction. The move allows BSF to conduct searches, arrest suspects and make seizures in-depth inside these states. Initially, the BSF was authorised to take action up to 15 km in the states of Punjab, West Bengal, and Assam.

However, the fresh order enables the BSF to take steps up to an area of 50 km inside the Indian territory from the International Border (IB) along the India-Pakistan and India-Bangladesh borders. Section 139 of the Border Security Force Act, 1968, empowers the Centre to modify and amend the area and extent of the BSF's operational mandate, as of when needed according to the situation.