Sources on Sunday, reported that Punjab vigilance has detected 'shady deals' between Sidhu, his staff and certain corporate firms during his term as a minister 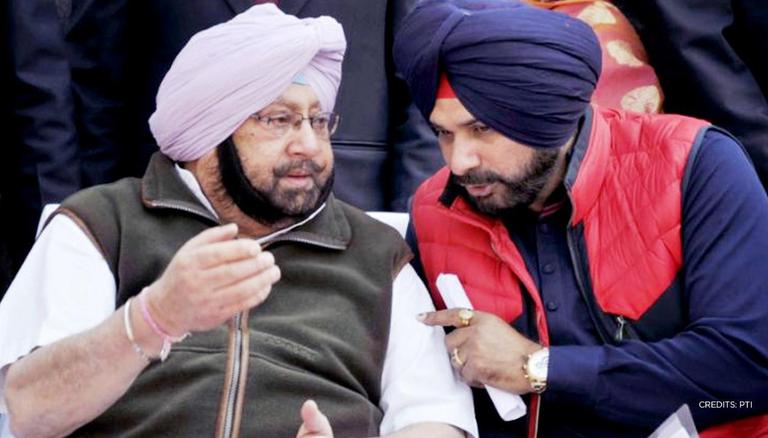 
Amid the ongoing tiff between Punjab CM Captain Amarinder Singh and Navjot Singh Sidhu, sources on Sunday, reported that Punjab vigilance has detected alleged 'shady deals' between Sidhu, his staff and certain corporate firms during his term as a minister. Sources stated that the vigilance team was probing Sidhu, his wife Navjot Kaur Sidhu, his OSD Bunny Sandhu, PA Gaurav and clerk Rajiv kumar for five alleged shady deals by favouring certain firms in his tenure as minister. Sidhu retaliated to the probe saying, "Most welcome. Pls do your best Capt Amarinder Singh".

Most Welcome ... Please do your Best !! @capt_amarinder

Sidhu: 'Stop firing from your colleagues'

On Thursday, disgruntled Congress leader Navjot Singh Sidhu asked Punjab CM Captain Amarinder Singh to stop attacking him by proxy through his Cabinet colleagues. The woes in the Congress camp escalated after 7 Punjab Ministers- Gurpreet Kangar, Balbir Singh Sidhu, Bharat Bhushan Ashu, Vijay Inder Singla, Brahm Mohindra, Sunder Sham Arora and Sadhu Singh Dharamsot demanded strict disciplinary action against Sidhu for his "anti-party activities". The cricketer-turned-politician has been repeatedly attacking the state government and Singh over the purported delay in justice in the incidents of desecration of the Guru Granth Sahib and the subsequent police firing incident in 2015.

After a tumultuous spat with CM Captain Amarinder Singh during the Lok Sabha elections, Sidhu ad sent his resignation on June 10 to the former Congress president Rahul Gandhi and tweeted about the same a month later. On June 6, Sidhu was given the power and new and renewable energy portfolio and was divested of the ministry of Local Government and Tourism and Cultural Affairs Departments. While he tendered his resignation as Punjab minister, the cricketer-turned-politician later confirmed that he will remain with the Congress.

Sidhu has been at loggerheads with the Punjab Chief Minister after he denied Sidhu's wife Navjot Kaur Sidhu a ticket for the Lok Sabha elections. He and his wife have publically attacked the Punjab CM repeatedly during the election campaign. He has also courted massive controversy over his remarks attacking PM Modi, Smriti Irani and BJP. He later patched up with CM Amarinder Singh over an informal lunch, but it seems to have gone awry as Sidhu began to attack the CM again after the Punjab & Haryana HC quashed the SIT probe into the 2015 firing cases on April 9.

Breaking his silence on Sidhu's attacks, Singh on April 27 dared him to contest from Patiala in the 2022 polls and predicted that he will lose his deposit. Moreover, he contended that the cricketer-turned-politician wanted to join some other party. Ruling out the possibility of replacing Sunil Jakhar as the Punjab Congress president, the CM asserted that he would oppose the suggestion of giving the top post to Sidhu. Additionally, he also dismissed the claim of the ex-BJP MP on the Deputy CM's position.