Rahul Gandhi Chants Jai Mata Di, Says 'Whenever I Visit J&K, I Feel Like I Have Come Home'

Hitting out at the BJP, Rahul Gandhi alleged that the saffron party and the RSS were attempting to tarnish the culture of Jammu and Kashmir. 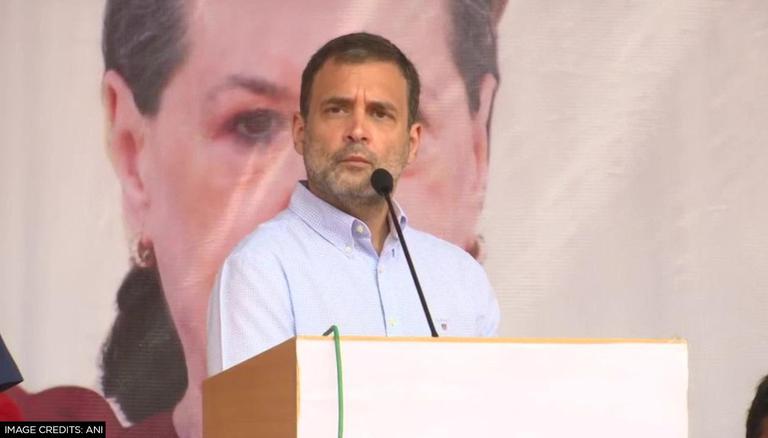 
Former Congress President Rahul Gandhi addressed party functionaries in Jammu and Kashmir (J&K) on Friday where he highlighted his family's old association with the region. Hitting out at the BJP, the Wayanad MP alleged that the saffron party was attempting to tarnish the culture of Kashmir and had left the UT in a 'weakened' state after stripping away its statehood.

Urging party functionalities to chant 'Jai Mata Di' Rahul Gandhi said, "Whenever I visit Jammu and Kashmir, I feel have come home. My family has a long relationship with J&K. Yesterday I visited Vaishno Devi I felt I came home. I am happy but sad as well. Sad because the composite culture of love and brotherhood is being targeted by BJP RSS and they are trying to break it."

"I went to the temple yesterday and there were three symbols- Durga Ji, Saraswati Ji and Laxmi Ji- which stand for three powers. The BJP has brought demonetisation, GST, Farm Laws. The BJP has attacked and weakened J&K, they have taken away your statehood. The simple question is-- under the BJP have these three powers increased or decreased?" he asked.

On Thursday, Rahul Gandhi, who arrived for a two-day visit to J&K walked 13 KM to pay obeisance at the Mata Vaishnodevi temple. The leader undertook this journey on foot to reach the cave shrine atop the Trikuta hills in Reasi district from the Katra basecamp. After paying his respect and attending the aarti pujari at the Bhawan, Rahul Gandhi interacted with the media and said that he did not want to make any 'political comments' on the occasion.  He told ANI, "I have come here to offer prayers to the Mata. I don't want to make any political comments here."

This is the Gandhi scion's second visit to Jammu and Kashmir within a month. On August 9-10, the leader had arrived in Srinagar when he inaugurated the party's new office. According to J&K PCC President, GA Mir Rahul Gandhi is expected to interact with supporters of the party and take feedback about the state of affairs during his latest visit.