Top sources in the government told news agency ANI that Rahul Gandhi skipped the due procedure, and had not sought political clearance. 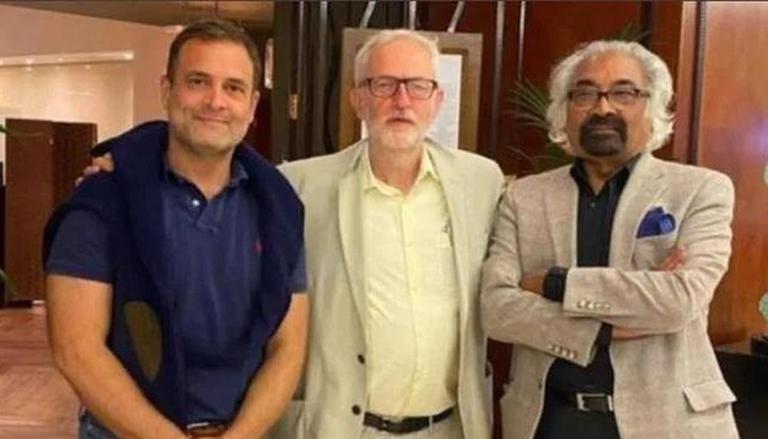 
Ex-Congress president Rahul Gandhi skipped due procedure and did not seek political clearance for his visit to the United Kingdom, government sources have revealed. The disclosure comes amid the heavy scrutiny that the Gandhi scion is facing over his remarks at the 'Ideas for India' conference, and later his meeting with controversial British Labour Party leader
and MP Jeremy Corbyn.

Top sources in the government told news agency ANI that the Congress MP skipped the due procedure, and had not sought political clearance for the trip. Moreover, they have revealed that another Member of Parliament, Professor Manoj Jha from the Rashtriya Janata Dal (RJD), who also went for a function in which Rahul Gandhi was participating in London, had all due permission including - the due political clearance. Jha had spoken at the Cambridge University, a day ahead of Rahul Gandhi.

After making questionable remarks in the United Kingdom at the 'Ideas for India' conference, Rahul Gandhi met former UK Labour party leader Jeremy Corbyn, who is known for his anti-India, anti-Hindu stances. In the image shared by the Indian Overseas Congress (IOC), Corbyn can be seen posing for a picture, flanked by the chairman of IOC Sam Pitroda, and Rahul Gandhi. It is pertinent to note that Jeremy Corbyn was ousted from the Labour party’s leadership for his ‘anti-semantic’ views and has been a vocal supporter of Pakistan on Jammu and Kashmir (J&K).

Stunned over the meeting, the Bharatiya Janata Party (BJP) on Tuesday questioned as to what the Congress leader was doing with the British politician, who has been openly advocating for the separation of Kashmir from India.

“Whether it is meeting with anti-India elements like Jeremy Corbyn who echo Pakistan propaganda on Kashmir or signing MoU with Chinese and taking Chinese money into RGF or meeting Chinese during Doklam, why is Rahul Gandhi’s hands always against with those against India?," BJP national spokesperson Shehzad Poonawala questioned.

(With inputs from Agencies)

WE RECOMMEND
Rahul Gandhi lectures on 'Ideas for India' in UK as Congress' internal crisis escalates
Congress to advise leaders to use 'Indian National Congress' name for Party: Report
Congress says Kapil Sibal 'got everything from party, quit for one Rajya Sabha seat'
Indian officer who confronted Rahul Gandhi for 'India not a nation' theory stands ground
Karnataka Congress leader Kavitha Reddy lashes out at party for 'injustice' to women