Johari Lal Meena further extended his disapproval of giving Tikaram Juli a cabinet berth and demanded his removal from the party as well as cabinet. 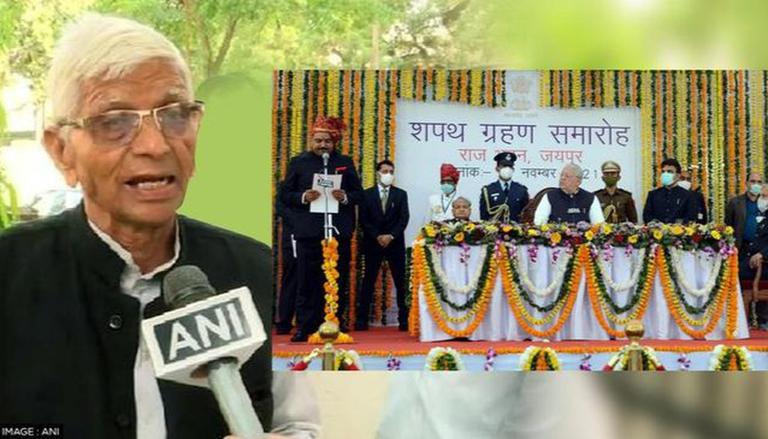 
With the reshuffle of the Rajasthan cabinet on Sunday, November 21, CM Ashok Gehlot and former Deputy CM Sachin Pilot resolved the months-long dispute and buried the hatchet, marking fresh beginnings for the party. However, despite the efforts, the sparks of the conflict have been raised amongst party members again, even after the revamp.

Miffed by the party’s decision of inducting Tikaram Juli as a minister, Senior Congress leader Johari Lal Meena on Sunday alleged that Juli is a ‘corrupt man’ and people of Alwar are disappointed by him getting a position in the cabinet.

Johari Lal Meena further extended his disapproval of giving Tikaram Juli a cabinet berth and demanded his removal from the party as well as cabinet. Speaking to ANI, Meena said, ''In our district Alwar, it is well known that Tikaram Juli is a corrupt man and that his family is involved in the collection of illegal funds. I asked the party leadership to remove him, but instead, he has been made a minister. I am against it.''

Meena further went on to say that, ''Today is a black day for Alwar district and if necessary, he will resign from the party.''

However, reacting to Meena’s allegations, the newly-inducted minister from Pilot camp, Juli dismissed the allegations as ‘baseless’, claiming that the senior Congress leader has no proof for his claims.

Juli retorted, "Johari Lal Meena is a senior leader of the party. I respect him, but his allegations are baseless. He should come out with proof, if he has any, to back his allegations."

After rounds of consultation with the party high command, a total of 15 cabinet ministers have been inducted into the government, six from the Gehlot camp and five from Sachin Pilot’s group. Out of 15 ministers, 11 are appointed as Cabinet ministers and four are appointed as Ministers of State (MoS). Apart from this, the government has also appointed six MLAs: Jitendra Singh, Babulal Nagar, Rajkumar Sharma, Sanyam Lodha, Ramkesh Meena, and Danish Abrar, as advisors to CM Ashok Gehlot.