RSS Reacts To Comparison With PFI & Demand For Ban; Asserts What Differentiates Them

Many in the opposition, hesitatingly or sarcastically lauding the ban, drew a parallel between PFI and RSS and demanded a similar action on it. 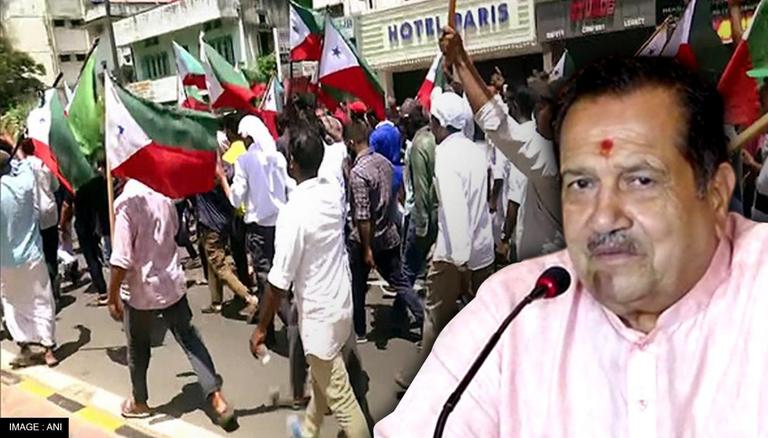 
After the Government of India banned the Popular Front of India (PFI), declaring the outfit and all its affiliates and fronts as Unlawful Association under the Unlawful Activities (Prevention) Act, reactions poured in from all corners on Wednesday, September 28. Many in the opposition, hesitatingly or sarcastically lauding the ban, drew a parallel between PFI and Rashtriya Swamsevak Sangh (RSS) and demanded a similar action on it.

Congress general secretary (communications) Jairam Ramesh, in a veiled attack at RSS, said that the grand-old party "has always been and will continue to be against ALL forms and types of communalism--majority, minority makes no difference." However, Kodikunnil Suresh, MP from the party, blatantly said, "We demand for RSS also to get banned. PFI ban is not a remedy, RSS is also spreading Hindu communalism throughout the country."

Similarly, Rashtriya Janata Dal (RJD) patriarch Lalu Prasad Yadav said, "All organisations like PFI including RSS should be banned and an investigation should be done." Also, the Communist Party of India-Marxist (CPIM) general secretary MV Govindan, said, "If you go by the logic of banning all communal outfits, the RSS comes first. Will it also be banned?”

READ | On PFI ban, Congress says it is against all forms of communalism, 'majority or minority'

RSS' Indresh Kumar came down heavily on the parties demanding the organization's ban after PFI. Kumar said, "Congress, during its regime, put a ban on RSS. However, when it was unable to prove the claims, it had to revoke the ban. Even in the years that followed, they kept raising questions at us. When the illegal construction at the Ram Mandir was demolished, they questioned us."

"The linking of RSS to PFI is unconstitutional. They should not have done this, it is condemnable, " the senior RSS leader further said, adding that the latter was an 'anti-Indian, anti-humanitarian organization'. Claiming that a ban on the PFI was being demanded for a long time, he hailed the Central government for the move."

On Wednesday, the Government of India outlawed the PFI in the exercise of its powers under sub-section (1) of Section 3 of the Unlawful Activities (Prevention) Act, 1967. This section empowers the government to declare any association to be unlawful by publishing a notification in the Official Gazette.However, this declaration has to be confirmed by the Unlawful Activities (Prevention) Tribunal within 6 months after giving an opportunity to the proscribed outfit to show cause as to why it shouldn't be declared unlawful.