In the wake of Nana Patole's repeated statements over Congress' role in Maharashtra, Shiv Sena took a swipe at him on Wednesday via its mouthpiece Saamana. 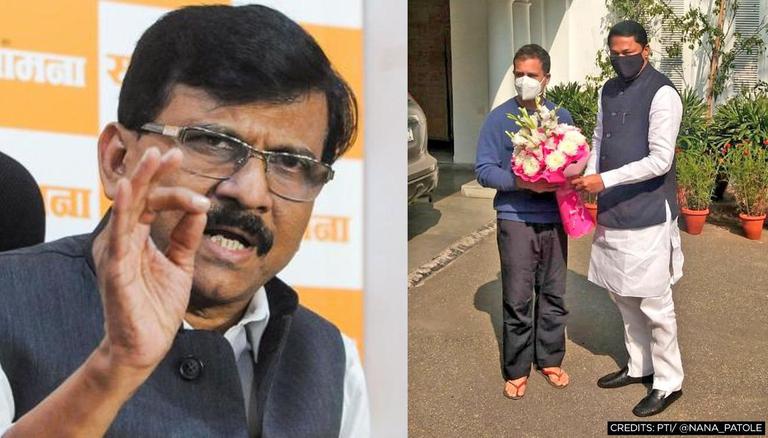 
In the wake of Nana Patole's repeated statements over Congress' role in Maharashtra, Shiv Sena took a swipe at him on Wednesday via its mouthpiece Saamana. The Maharashtra Congress president has repeatedly asserted that his party will win a majority on its own in the next Assembly election besides claiming that CM Uddhav Thackeray and Deputy CM Ajit Pawar are tracking his moves. Penning an editorial, Executive Editor Sanjay Raut taunted that Patole had "sacrificed" the Assembly Speaker's post to revitalize the party.

In a dig at Patole, Sena MP Sanjay Raut remarked, "He took up the responsibility of giving a boost to the Maharashtra Congress and ensure that Congress comes to power on its own. That's why I must commend his courage. Nana Patole is going to revitalize Congress and take it forward because he has a magic herb or knowledge. Has he given information about this magic herb to either Rahul Gandhi or Priyanka Gandhi?"

"Sharad Pawar's statement that we run the government together and not the parties is correct. The fate of the Maharashtra government does not depend on what Nana says. This government is running on the desire of Uddhav Thackeray, Sharad Pawar and Sonia Gandhi," he added ruling out any threat to the MVA regime.

Despite winning a comfortable majority of its own in the 2019 Assembly election, NDA could not form the government over Shiv Sena's demand for the rotational CM post. Subsequently, Shiv Sena chief Uddhav Thackeray took oath as the CM of Maharashtra backed by new allies NCP and Congress on November 28, 2019. However, unease within the alliance has come to the fore on multiple occasions with the Sonia Gandhi-led party openly asserting that it wants to go solo in the next Assembly polls.

On June 20, Republic TV accessed an explosive letter written by Sarnaik to the Maharashtra CM dated June 9. At present, he is under the scanner of the Enforcement Directorate in connection with the Tops Grup case and the National Spot Exchange Limited money laundering case. Claiming that Congress and NCP are poaching workers of the Sena, he batted for rapprochement with BJP.

However, Sena MP Sanjay Raut asserted that the MVA government will complete its full tenure. But the rumour mills were set abuzz after Devendra Fadnavis recently commented, “We are not enemies. We are facing ideological differences because our friend who got elected along with us left us and held the hands of those against whom they were elected". When questioned on the possibility of realignment, Thackeray offered a cryptic response. Flanked by Ajit Pawar and PWD Minister Ashok Chavan while addressing the media, he said, "I am sitting between these two persons. Tell me from which side I can leave".