Hours after the murder of Sidhu Moosewala in Punjab, the Directorate General of Police of the state held a press briefing on Sunday. 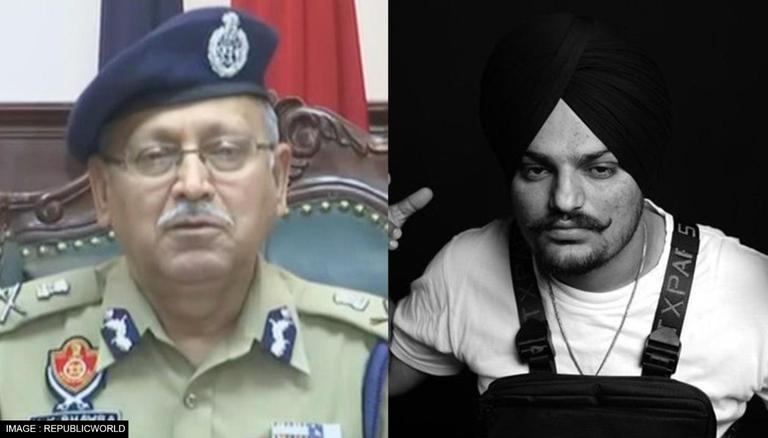 
Hours after the murder of Sidhu Moosewala in Punjab, the Directorate General of Police of the state held a press briefing on Sunday. In the address, Viresh Kumar Bhawra acknowledged that the murder of the singer and Congress leader was a result of inter-gang rivalry Lawrence Bishnoi Group and Lucky Patial group. Referring to the post of Canada-based gangster Goldy Brar, DGP Bhawra said that the Bishnoi gang has taken responsibility for the incident, citing it as a retaliation to the killing of Vicky Midhukheratha.

Pertinently, three shooters identified as Sunny, Anil Lath and Bholu, all resident of Haryana have already been arrested by Delhi Police Special Cell in connection with the murder of Vicky Midhukhera, while, another accused identified as Shaganpreet, who was manager of Sidhu Moosewala was also nominated as accused in the FIR registered regarding the murder of Vicky. Shaganpreet has escaped to Australia and is wanted by the Police.

Narrating the incident, he said, "When Sidhu Moosewala along with his cousin and friend reached village Jawahar Ke, they were followed by a white corolla and they were intercepted from the front by two cars including white Bolero and a dark Grey Scorpio. There was heavy firing from the front on Sidhu Moosewala and his friends, where all sustained bullet injuries. In the firing, he sustained bullet injuries. On being taken to the hospital, he was declared brought dead while His cousin and his friend are in stable condition, and they have been referred to Patiala for further treatment."

The DGP said that preliminary investigations revealed that three weapons including 7.62mm, 9 mm and 0.30 bore weapons were used in the crime. It is still under investigation, he added.

'Moosewala had 4 commandos for his protection'

On withdrawal of Moosewala's security, the DGP said that in view of Ghallughara week, the police had temporarily withdrawn only two security personnel of Sidhu Moosewala for law and order duty, while he had two Police Personnel from Commando Battalion deployed with him. “While leaving home today, Sidhu didn’t take along his two police personnel, in fact, he sent them home, making it clear that there was no need . and also left his private bullet-proof car at home,” he said.

Assuring that the investigation in the matter was on, the DGP further said, "Subsequent to the order of the CM to form an SIT, I have directed the IG range...they have reached the site. Besides SSP Mansa, SSP Bhatinda is also there. Operations are going on throughout the area. We are trying our best to close this case as soon as possible."