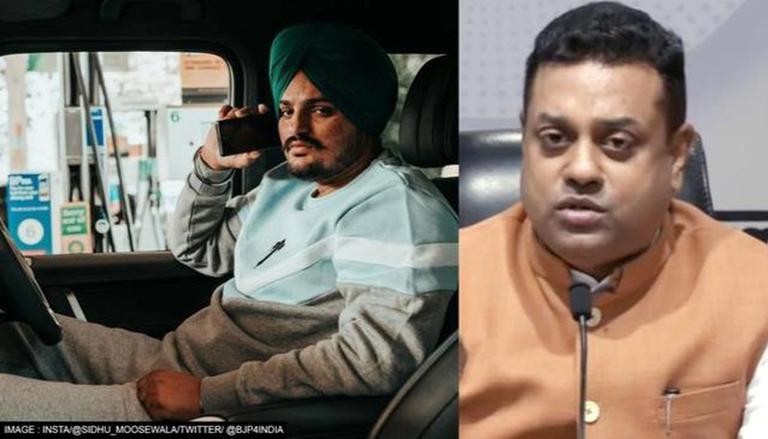 Addressing a press meet, Patra said, "First, they withdrew the security. And the confidential list of those whose security has been taken back was made public. So this was an open invitation to the miscreants. Why did you publicize this confidential document? If your force was actually working on the ground, this incident wouldn't have happened."

"People don't know what Punjab is and they are remote-controlling the Punjab gov. Arvind Kejriwal and Raghav Chadha have made Bhagwant Mann their puppet CM. Does Raghav Chadha live without security in Punjab?," the BJP leader added.

BJP leader Manjider Singh Sirsa, who jointly held the press conference with Patra, said, "Kejriwal is a very dangerous person. He can go at any length for power. Kejriwal is ruling Punjab with a puppet Mann.  Arvind Kejriwal should be booked for this murder. I will go to court for withdrawing Moosawala security.  I will file a case against Arvind Kejriwal."

Even on Saturday, Sirsa had slammed those responsible for leaking the list of people whose security was revoked by the state government.

This tragedy took place as the Punjab government withdrew the security cover of around 424 people and directed the concerned police personnel to report to the special DGP (Director General of police) at Jalandhar Cantt on Saturday. The VIPs, whose security was revoked, include retired police officers, religious leaders, and political leaders.

Just a day after the security withdrawal, Punjabi singer, and Congress leader Sidhu Moosewala was shot dead in Mansa. As per sources, unknown miscreants opened fire at Sidhu Moosewala and two others in Jawaharke village, during which the singer sustained critical bullet injuries.

Following the attack, Moosewala was rushed to a hospital in Mansa but was declared dead on arrival. As per latest updates, Canada-based gangster Goldy Brar has taken responsibility for the singer's murder.